Globe Telecom lauds the support from at least five local government units in Visayas and Mindanao for making it easier for telcos like Globe to establish telecommunication facilities, including cell sites, in their respective localities. In turn, these LGUs are expected to benefit from better and faster telecommunication services, including internet.

In Cagayan De Oro, for instance, the city’s Telco Committees are working on a resolution to reduce the number of permits for the establishment of cell sites from 26 to just 6 permits. A meeting has been set early May for an update on the status of the resolution.

Davao City, on the other hand, is one of the LGUs that is able to process expeditiously with no delays for as long as prerequisite permits are in order. Similarly, the local government of Mandaue City signified full support for Globe Telecom’s deployment of new cell sites by fast tracking processing of permits.  Further, the city governments of Bacolod and Dumaguete also expressed support for Globe Telecom’s initiative to roll out additional cell sites within the city.

Bureaucratic red tape causes significant delay in securing various permits from the local government units concerned relating to the construction of telco infrastructure such as cell sites. This, in turn, has hampered deployment of cell sites and other related facilities necessary to improve customer experience, particularly in mobile data. The Philippines, in fact, has only around 16,300 cell towers compared with Vietnam’s 70,000 towers.

According to Globe, it takes at least 8 to 9 months to complete the approval process for the construction of one cell site, involving an average of 26 permits. In addition to bureaucratic red tape, the absence of standard fees among local government units also hampers the entry of facilities in their areas. Tower Fees are charged as high as P300,000 per tower every year.
“We are deeply grateful for the support afforded to us by the local governments in Cagayan De Oro, Davao, Mandaue, Dumaguete and Bacolod cities. We’re optimistic that other LGUs will follow suit as we desperately need the government, both at the local and national level, to empower and enable the sector to undertake infrastructure builds,  not just in the construction of cell sites but also in establishing underground facilities and in facilitating pole attachments,” Castelo said. He emphasized there aren’t enough cell sites to enable telco operators such as Globe to sufficiently support mobile data growth in the country especially amid clamor for faster internet service.

Aside from permitting issues at the local government level, exclusive and gated villages or subdivisions also prevent telco providers from installing facilities to provide services in their areas. Globe has a backlog of around 3,000 cell sites amid varying degrees of permitting issues despite aggressive efforts by the company to investment in network facilities. Globe spends close to 30% of its revenues, significantly higher than capital expenses by other operators in the Asian region to fast track improvements on the state of internet in the country. 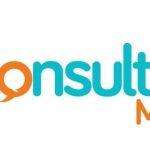