Globe Telecom said its Board of Directors approved the declaration of the second quarterly distribution of cash dividend of P22.75 per share for holders of its common shares.  The dividend will be paid to shareholders on record as of May 23, 2017, with payment date on June 7, 2017.

“The board approval of the second quarter cash dividend, totaling about P3 billion, is consistent with the company’s commitment in creating shareholder value,” Globe Chief Finance Officer Rizza Maniego-Eala said.

According to Eala, the company’s board of directors also approved the declaration of the second semi-annual cash dividend for holders of its non-voting preferred shares on record as of August 10, 2017. The amount of the cash dividend shall be at a fixed rate of 5.2006% per annum based on the offer price of ₱500.00 per share for the six-month dividend period.

The sustained solid revenue growth across all data-related segments, as well as the continued subscriber expansion for both mobile and broadband, led to the company’s strong performance in the January to March period. This was likewise aided by the company’s game-changing initiatives including a digital lifestyle play, innovative offers, and content partnerships with iconic global brands, backed by robust 3G and 4G networks nationwide. 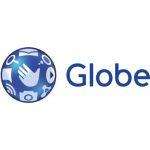