by: Douglas Rey B. Berido
Some weeks ago, Julie Daza wrote about cellphones and of being connected in her Manila Bulletin Sunday column. She said cellphones and the web and through its sticky-glue companion, the Facebook, made us all connected – in real time. Through smartphones, news need not wait to be printed, live feeds of events are immediately broadcasted as they unfold and gossips spread faster than forest fires.

To feed the conflagration, smartphone manufacturers are in constant grip of putting in on new feature into their phones, making users become even more reliant to the technology. Something’s gotta give.

Study has it that the cellphone users spend nine (9) hours of use every day. That’s longer than an eight-hour regular job. Such extended usage qualifies one to be branded addicted to technology – particularly cellphones.
Addiction maybe too dire a word but clearly describes the seeming dysfunctional behavior they present. Some of them show symptoms of addiction. They use cellphones to buoy up their moods. And once they are “up” they spend more and more time to sustain that ephemeral apex. This is according to a leading marketing professor at Baylor University in Waco, Texas.

This dysfunctional behavior is keenly exhibited in more ways than one. Users sleep with their cellphones on hand. They text underneath their bed covers all throughout the night. They bring cellphones inside comfort rooms and wash rooms; in meeting rooms and seminars. At the height of pokemon craze, they go inside churches and confession rooms. You look at them and they seemed cocooned in their own world, at times, consumed by mirth from what might have been an amusing text message received.

On the social cost, too much use can interfere with normal activities and sour relations with family and friends. Users walk around like zombies, oblivious, unintentionally indifferent to friends who may have waved hello. By spending too much attention to the friend on the other end of the cell connection, they forget the friend sitting right beside.

Look at the picture below. They’re all silent, each head bowed in a meditative pose, discouraging talk and concentrating on the task at hand. “These young adults are busy tapping their latest smartphones, staying connected to the world – to their work, bosses, clients, friends, colleagues, the competition”, Daza writes.
Well, I am not having any of that. I am doing this article on a different tack. I say there is already an addiction to the use of cellphones. And it’s no surprise I not alone in this observation.
We are all given to the efficiencies of modern age. That’s good. But that should never come at the expense of total reliance and addiction. I read somewhere: “technology helps when it’s a tool – not when it is an unhealthy addiction”. 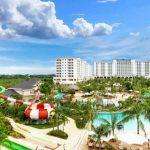