AirAsia Philippines’s Airbus A320 plane is wrapped with designs inspired by textiles, architecture, art and nature from all 10 Asean nations. “I love Asean” plane carries the official ASEAN flag on both sides and soon all AirAsia aircraft based in the region will now feature the Asean flag, in addition to their national flags.

AirAsia is now flying to Ho Chi Minh City, one of the most vibrant and biggest cities in Vietnam, further strengthening the airline’s commitment as a truly Asean carrier.

AirAsia flight Z2 294 with pilot in command Captain Dexter Comendador left Manila on time at 10:25PM with 180 passengers on board or a 100% load. AirAsia’s iconic red plane arrived at Tan Son Nhat International Airport at 1:05AM.

AirAsia Philippines CEO Dexter Comendador said, “AirAsia is a product of Asean and we are so proud to be part of this region we call home. Three days ago, we formally presented an ASEAN plane bearing ‘I love Asean’ logo or livery in one of our planes to mark the golden jubilee of Asean and to celebrate our commitment as the only carrier that services direct flights to all ten Asean countries. We do love Asean so much that today we are starting Manila – Saigon and early next year we are to fly Manila – Bali and Manila – Jakarta next.” 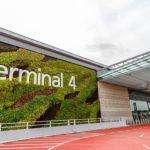 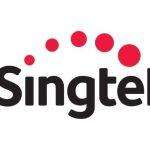