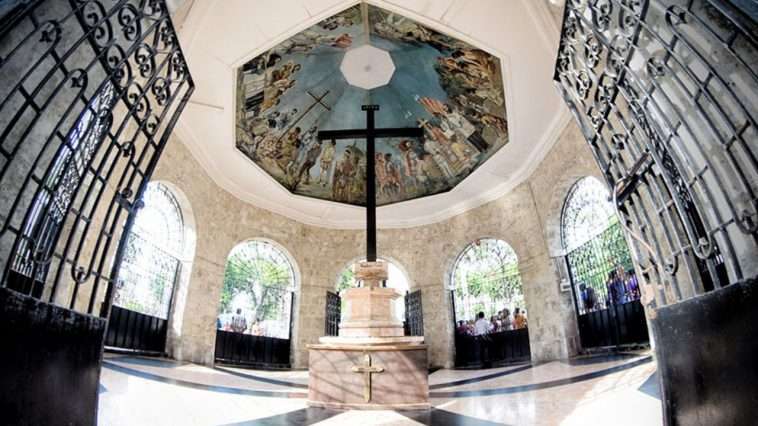 CEBU, being the oldest city in the Philippines, is also the capital of the Province of Cebu.

It is bordered by Mandaue City and the Municipality of Consolacion in the North, Toledo City and the Municipality of Balamban in the West, Talisay City in the South and Mactan Strait in the East. Being the Queen City of the South, the island served as a hub of commerce, trade and industry as well as having the seat of local government in its folds.

CEBU is just amazingly jam packed with activities that you can do even with such a short span of time. It has hidden treasures that waits to be discovered. Whether you needed a fix on history or culture, CEBU definitely has something in store for you.

Aside from gorgeous natural wonders, rich history, and amazing culture, Cebu city is also the heartland of Christianity and historical sites in the Philippines. The city is home to Orthodox Christians and religious practitioners brought by the Spaniards during their colonial period. If you want to know more about the Cebu Religious Historical Landmarks and Sites then you are on track with this article.

It is without a doubt that Cebu is gifted with rich historical and religious sites and blended with different cultures and traditions that make the island exciting to visit. So, if you are planning to know what lies in Cebu, you should pay a visit to these landmarks that speaks about the rich evolution of a once humble fishing village into its present day glory. 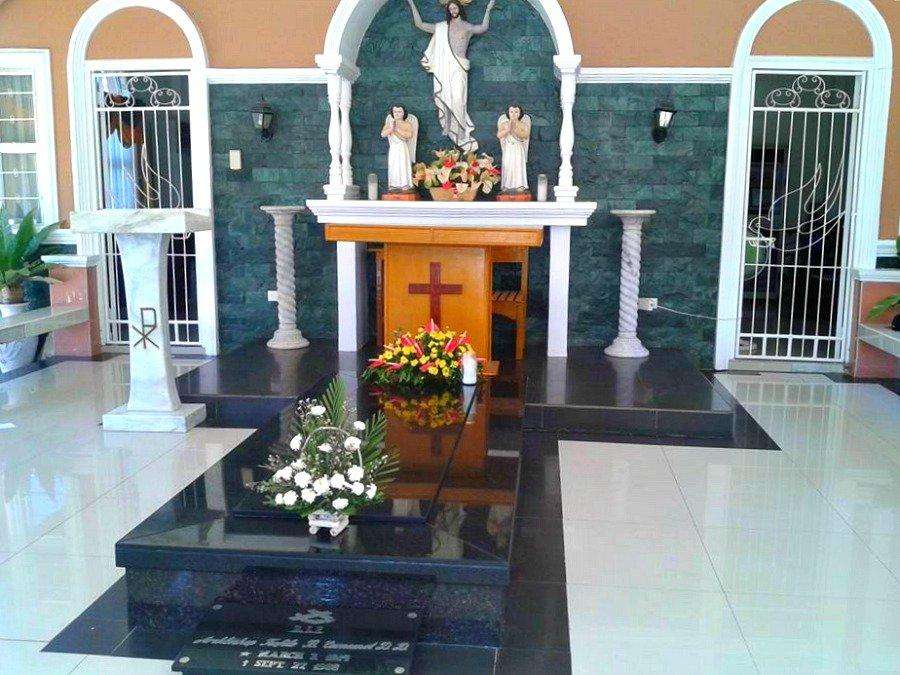 It is natural and innate among Cebuanos to have faith in miracles. According to Lungsoranon, miracle claims attributed to Msgr. Camomot became famous because he was spotted in two places at the same time while still ministering the clergy of Cebu.

Archbishop Teofilo Camomot’s Shrine is located in Barangay Valladolid, Carcar, Cebu. This is upheld by the Daughters of St. Teresa nuns, whose monastery is located within the enclosure. 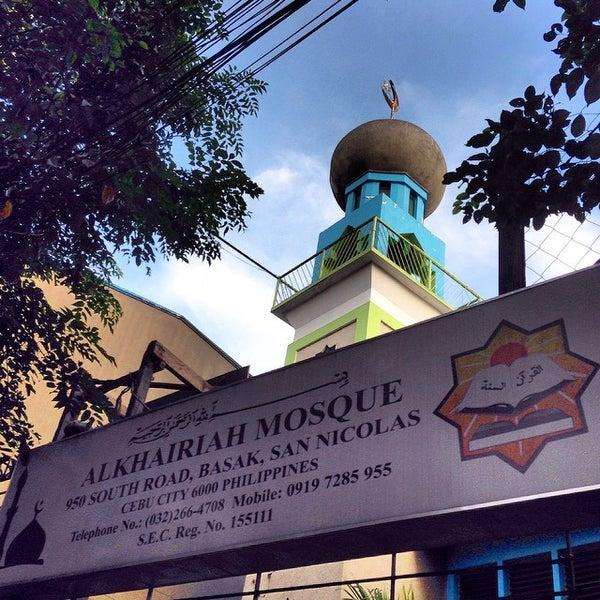 Everywhere may serve as a tabernacle for Muslims as long as a peaceful connection is established and prayers are performed; however, if you are searching for a particular place here in Cebu, and especially for Muslims who are puzzled about where to go, you can go here at Al-Khairiah Mosque. It is located in Mambaling, near the route that leads directly to Labangon. The mosque is plainly noticeable because it is just next to the Shopwise Mall and across from McDonald’s. 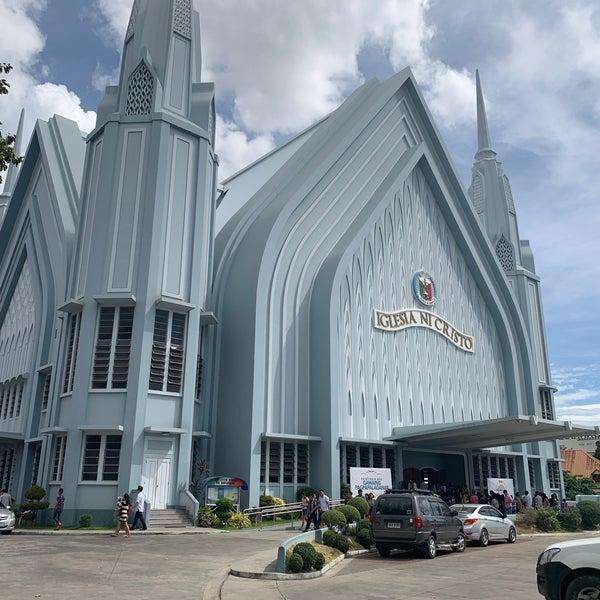 Like every other Iglesia ni Cristo Church, a holy setting and a place of devotion where God dwells. This church is one of Cebu City’s most well-known religious institutions. It is situated on Maxilom Avenue in the heart of Cebu near the Horizon 101 which is the  tallest hotel structure in the city. The place is exquisitely designed and well maintained.

Langub Cave is located in Barangay Kalunasan, Guadalupe. Despite its small size, it remains one of Cebu’s most unique and fascinating Religious Landmarks. During the Spanish-Filipino battle, the picture was said to have been housed in this cave. The image was only rediscovered by chance when it was spotted by a local chicken trapper. Every year, thousands of worshippers go to the church both locals and tourists.

26. Shrine of the Our Lady of the Miraculous Medal

Bogo, Cebu, is the home of Our Lady of the Miraculous Medal. It is well-known for its massive Mama Mary monument, which sits atop a hill near Lapaz overlooking the North National Road. This shrine is also known for its ‘100 steps’ and the giant statue of Mama Mary which stands on top of a chapel.

Celestial Garden, also known as Good Shepherd, is a property in Banawa owned and administered by the Tanchan Foundation. It is well-known for its pious white life-size sculptures and lovely 12-hectare landscape. During Holy Week, thousands of believers flock to the Celestial Gardens to ponder and perform the customary penitential prayer. 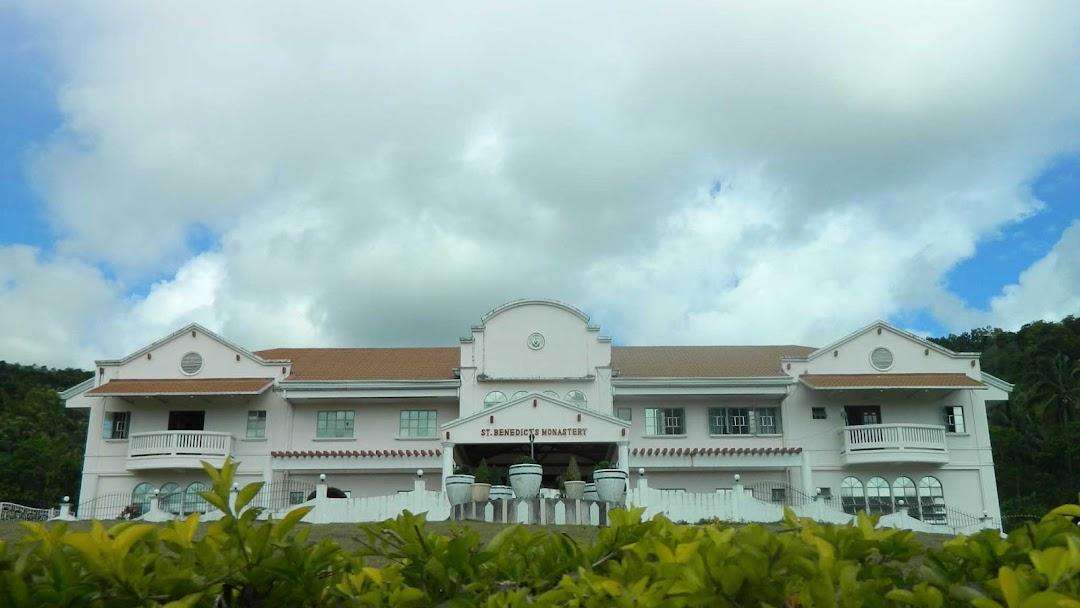 The Monastery of the Benedictine Monks is one of the historical and religious destinations in the province. The monastery houses the image of Our Lady of Manaoag. It is situated in a mountain location with a stunning natural setting at Corte, Carmen in the Archdiocese of Cebu. The monastery is a member of the Sylvestrine Congregation, a Benedictine monastic reform movement that emerged in early 13th-century eastern-central Italy. 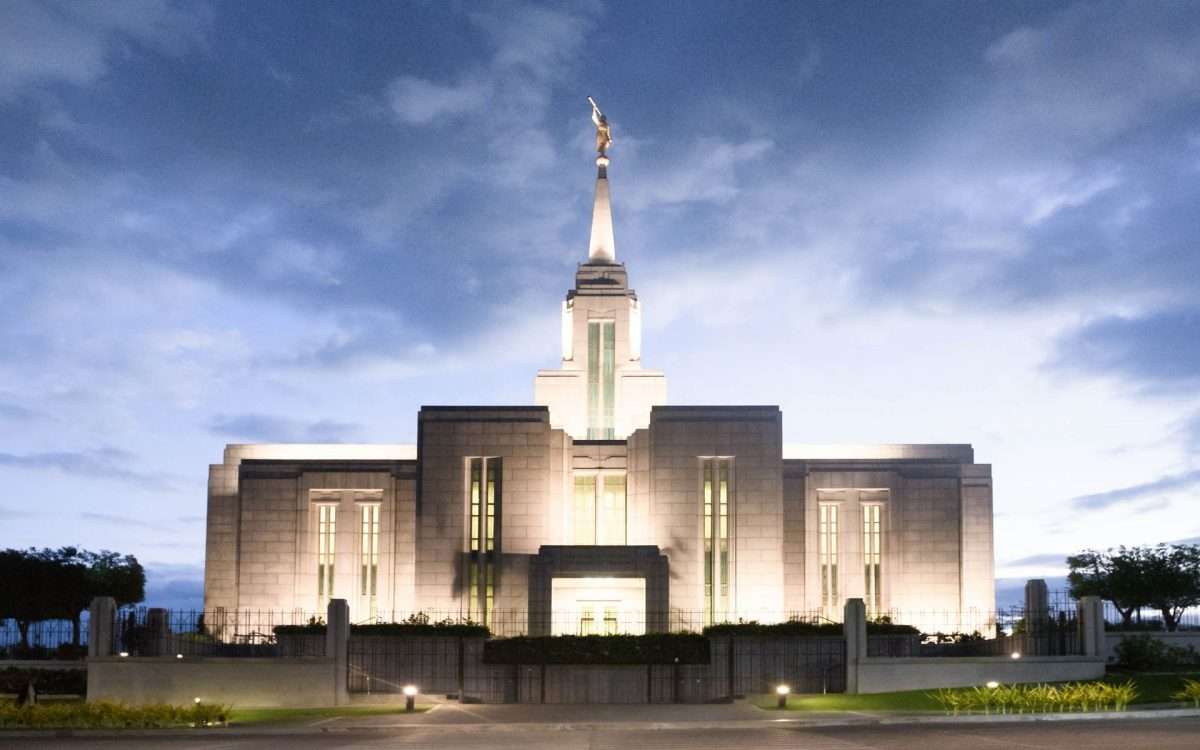 The Cebu Magellan’s Cross is located near the Basilica Minore Del Sto. Nino on Magallanes Street. This cross is a popular tourist attraction because it is a part of the country’s history. It is said to be a Christian cross planted by Portuguese and Spanish explorers led by Ferdinand Magellan that possessed miraculous healing powers.

This church has been standing for a long time and has faced several foes, including being destroyed by Allied airstrikes during WWII, with just the belfry remaining (built-in 1853), which is one of the highlights of the church.

Yap Sandiego Ancestral House is thought to be one of the first Chinese residences erected outside of China. It is a museum that dates back to the Spanish colonial era in the 1600s and throws light on the city’s Chinese settlements.

19. The Heritage of Cebu Monument

The Heritage of Cebu Monument is a portrayal and depiction of sculptures displaying significant and symbolic events in Cebu’s history, spanning from Rajah Humabon’s reign to the martyred Cebuano Pedro Calungsod’s recent beatification. The Heritage Monument is situated in the historic Parian District, which during the Spanish era housed the residences of Cebu’s most prominent families at that time.

One of the most well-known religious organizations in the city is the Carmelite Monastery. The church, which was established in 1949, has a fascinating past since, in the latter half of the 20th century, it served as a haven for President Aquino and had a significant impact on Philippine history. This institution may be found in the Mabolo district, east of the Ayala Center, in Cebu City’s eastern section, in the province of Cebu.

Aside from historic buildings that stretch back several centuries, Cebu City is home to another well-known historical building known as the Museo De Parian or Jesuit House of 1730. Based on a low-relief with the inscription “Año 1730,” which made itself a piece of archaic, considered to be the oldest home in the Philippines. Presently, the house itself has been preserved and formerly used as a warehouse.

The most well-known Religious site and Landmark in Cebu is the Basilica Minore del Santo Nino. The church houses the image of the Sto. Niño portrays Jesus as a black Holy Child. It was said that Ferdinand Magellan gave it to Queen Juana, the wife of Rajah Humabon, as a token of their fidelity and more than 40 years after their christening.

Going to number 15th on the list of Cebu Religious Historical  Landmarks and Sites is the St. Jude Thaddeus Church. Espiritu Santo Chinese Parish, known today as Saint Jude Thaddeus Parish, was established in 1960. Because Saint Jude is the patron saint of dismal circumstances, the church quickly gained troubled devotees, particularly students studying for board examinations.

Casa Gorordo is a home museum in Cebu’s ancient Parian district, the Philippines’ oldest city. The Ramon Aboitiz Foundation Inc. (RAFI) owns and manages it as part of its Culture & Heritage focus area. This historical property was once a two-story mansion constructed in the 19th century by Alejandro Reynes y Rosales.

Juan Isidro de Gorordo, a Spanish trader, purchased it in 1863. From 1863 through 1979, four generations of the Gorordo family lived in the residence. Juan Gorordo, Cebu’s first native Cebuano bishop, was one of its citizens. 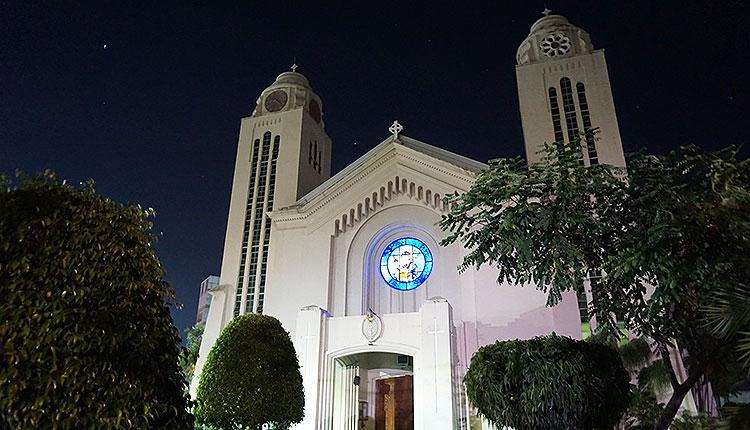 The Redemption Church or Our Mother of Perpetual Help Parish is located at Ramon Aboitiz Street, Cebu City. This church is well-known for its daily Facebook live streams and broadcasts of Holy Mass, especially during the pandemic when churches and other institutions are closed.

Fort San Pedro is located in Plaza Independencia, also known as Fuerte de San Pedro in Cebu. A military fortification building and constructed by Spaniards under the direction of Miguel Lopez de Legazpi, the first governor of the Captaincy General of the Philippines.

Fort San Pedro is a historical park that is managed by the Cebu City government. Inside the fort, there is a museum with conserved Spanish relics such as paintings, sculptures, antique pictures and goods, and papers. 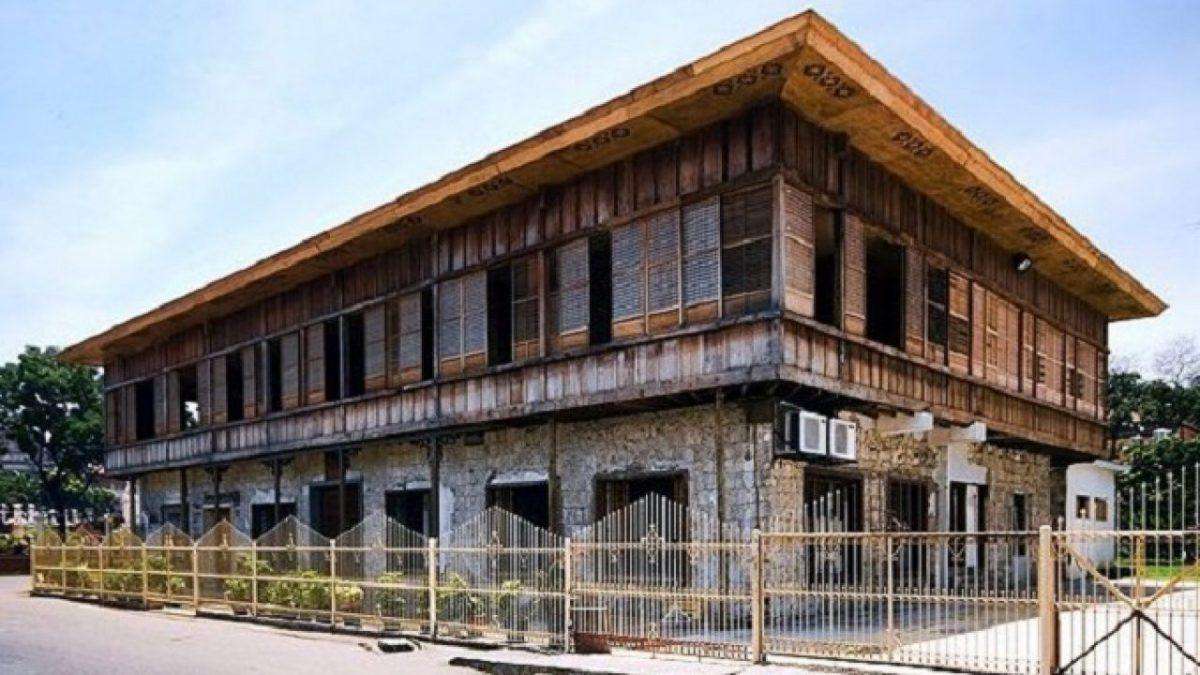 The Cebu Cathedral Museum, housed in an impressive Bahay-na-Bato that near the Basilica Minore del Santo Nino and the Cebu Metropolitan Cathedral. The building built during the 19th century; in essence, it is a portion of the museum.

The Taoist Temple is the religious center for Taoism, which adheres to the teachings of the ancient Chinese philosopher Lao Zi. Cebu’s large Chinese community erected this temple in 1972. The Taoist Temple made up of two temples: the Phu Sian Temple, erected by another Chinese group and is not available to the public, and the main temple, which is 270 meters above sea level and is the only temple open to both worshipers and non-worshippers.

St. Peter and Paul Church, regarded Cebu’s earliest and oldest parish founded. The town’s residents used to hide there during disasters and wars when the Church founded on June 11, 1580.

The church’s walls, composed of coral stones, like the majority of its century-old structures, and its roof once made of Tisa Clay, but due to deterioration with time, the clays shattered.

Virgen de la Regla National Shrine is located in Lapu-Lapu City. The said name to originate with St. Augustine, who gave her a special place in the regulations he created for the members of his order to follow. Every November 21, Our Lady of the Rule celebrates her feast day. More than 280 years have passed since Cebuanos first observed the Virgin Mary’s feast day.

The new Chapel of San Pedro Calungsod is one of the locations you should go to if you’re looking for religious historical landmarks and sites in Cebu. This location, which is part of the SM Seaside Complex in Cebu, is a very remarkable landmark. A wonderful work constructed in honor of San Pedro Calungsod, a revered Filipino saint who practiced Roman Catholicism. 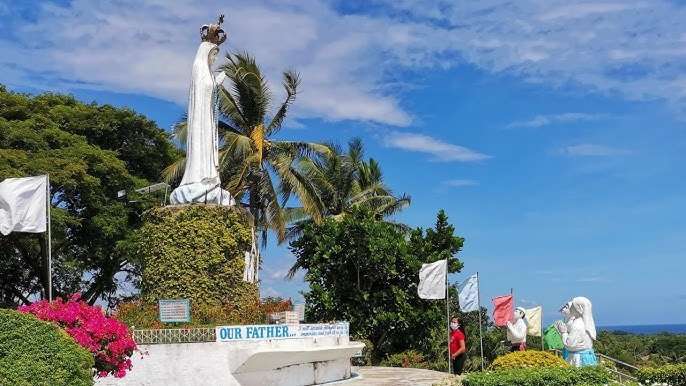 Theotokos Shrine is located on a pilgrimage site in Carcar City, Cebu and is home to a statue of Our Lady of the Family. This place was once famous for the phenomena known as the ‘dancing light.’ This church is on top of a hill, its serenity and  quietness is a nice place for reflection and prayer.

This tops our Cebu Religious Historical Landmarks. Simala was once merely a little chapel in the Lindogon highlands. Although it is not the oldest, it is one of the most well-known and often visited new churches on the island. Its official name is Monastery of the Holy Eucharist. Simala Shrine, considered by many to be one of Cebu’s most beautiful churches, is a popular destination for believers. After the Virgin Mary statue kept within the Shrine spotted sobbing, the church became known as the Miraculous Mother Mary Church.

Discover the culture of Cebu through these religious historical sites!

There’s a lot to see and do when you are at the heart of Cebu. One of them is just explore Cebu Religious Historical Landmarks. The variety of traditions and cultures will undoubtedly refresh your soul and spirit. 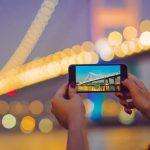