George Nocom Pua (GNP) President and CEO of Meat Concepts Corporation owner of Cebu’s Local Brand Rico’s Lechon was recognized as one of 2019’s Circle of Excellence Awardees for Regus Entrepreneur of the Year at the 10th Asia CEO Awards held at the Grand Ballroom of the Manila Marriott Hotel last October 15, 2019.

The 10th Asia CEO Awards is a yearly gathering of the country’s prominent figures and leaders of various industries to recognize and applaud the top companies and innovative leaders who have greatly contributed to the development of the economic status of the Philippines.

Mr. Pua is one of the many awardees who received this recognition. In just a span of a year, he introduced a myriad of innovative restaurant designs and services which promoted to inspire local businesses to expand, introduce, and to integrate their products for the best dining and service experience to their customers.

READ ALSO: What makes Rico’s Lechon the best lechon in the world?

The Regus Award requires the nominated company or individual to have received recognition by an international organization that acknowledges the business’s ability to harness opportunities for its expansion.

Mr. Pua fulfilled this criterium when he was announced to receive the Stevie® Award Entrepreneur of the Year for Food & Beverage – Medium Size category in the International Business Awards Gala Event at Andaz Vienna Am Belvedere Hotel last October 19, in Vienna, Austria.

GNP established a Roasting Pit in San Juan City which can roast at least 750 Lechon every 4-hours and fulfills the requirements of online whole-Lechon orders.

With his multiple achievements and recognitions, George Nocom Pua becomes foremost a respected trader and entrepreneur in the Philippines. His acronym GNP of the popular “GNP Trading and Export, Inc.” is synonymous with Excellence, Passion, Quality, and Integrity.

The Regus Circle of Excellence Award is one of the testaments to the dedication and passion of Mr. Pua’s drive to improve the economy of the Philippines one store at a time.

With the theme “Standing on the shoulders of Giants”, the 10th Asia CEO Awards 2019 is not only a recognition event but it provides a setting for individuals and organizations to collaborate on cementing the Philippines’ status as a premier global destination.

The Asia CEO Awards started ten years ago with around three-hundred guests but has now attracted over a thousand of the most prominent of local and global figures that made it the largest business event in SouthEast Asia.

This year, the Asia CEO Awards featured fourteen inspiring categories which are:

A special award was provide titled as the “Lifetime Contributor” which was given to the Philippines 12th President Fidel Valdez Ramos has received an award for liberating the Philippines protected economy to spur fast prosperity and growth amidst the 1997 Asian Financial Crisis which crippled other economies across the region.

Former President Ramos is widely regarded as one of the most effective leaders of the nation’s history.

“I’m very happy and I’m very proud, but that belongs to all of us,” Ramos told The Philippine STAR during the ceremony. “I don’t really know why they selected me, but it has to do with EDSA. I’m very proud of it and we are all part of it.”

HOW CAN WE DO THINGS BETTER

The Philippines has no shortage of visionaries who have gathered together to constantly look beyond their current initiatives and to answer the biggest question to our economy, “How can we do things better?”

According to Jovy Hernandez, First Vice President & Head, PLDT ALPHA Enterprise, “To do things better does not also mean to fix something that is broken. It sometimes means to change the status which fails to inspire, spark passion or ignite dreams of the future generation of leaders.”

The Asia CEO Awards is an amazing testament and journey for the country’s prominent figures and leaders where one learns how to stand not only for themselves but for their family, and their homeland.

“Who are these giants?” asked David L. Almirol, Jr., MultiSys CEO and Founder. “Everyone is a giant with their own strengths and each has a role to play to help those without.”

One thing to take away from these Awards is that we learn how to contribute to those weaknesses and help each other and merge our strengths. There are a lot of shoulders out there, and those shoulders become the stairs we tread on.

Every Filipino has so much competition like how to keep a business running or how to become bigger. However, we don’t need to compete, we need to collaborate and check our strengths instead of killing each other’s business.

“If only each Filipino can lend their shoulders, I believe in the year 2030 we can become a first world country in SouthEast Asia,” said Almirol.

The Asia CEO Awards is also a reminder that the Philippines is striving to reach the eventual first-world status.

Despite the challenges of a growing population, occasional setbacks in infrastructure development, the Philippines continues to conquer with grit and tenacity with the support of its CEO, tough managers, and emerging technocrats in both private and government sectors.

“We are not after beautiful titles or trophies but the Asia CEO awards is a bridge to building this country by bringing together the best to create a community and a movement that will pull more leaders into this circle of excellence,” said Richard Mills, Chairman of Asia CEO Awards. 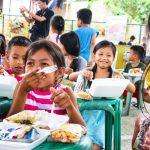 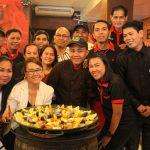