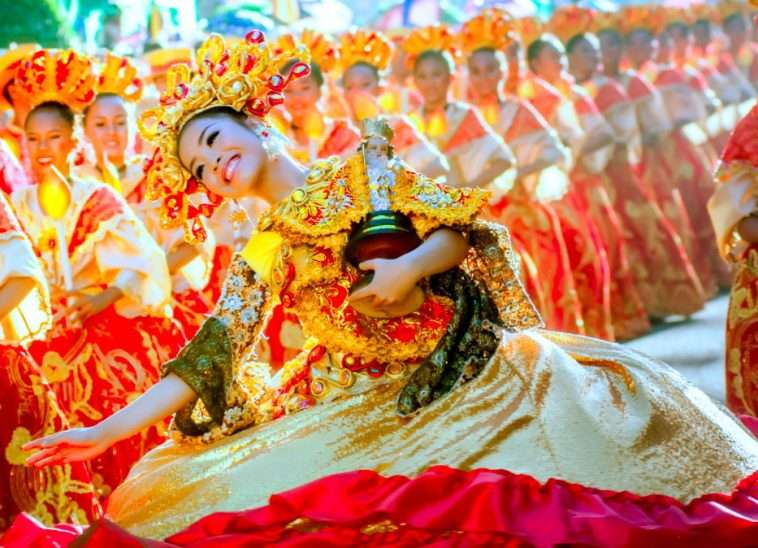 Vibrant, Lively, and Historical! Sinulog is undoubtedly the grandest festival in the Philippines. It’s filled with exciting and festive experiences that are not just for the locals to enjoy but also for visitors from all over the world!

Sinulog is a grand and religious event held every third Sunday of January. Every year in Cebu there are more than two million devotees, not including the foreign visitors, who head towards the Queen City of the South.

At the start of New Year’s Eve, you’ll hear upbeat music, see Sinulog Hats, face paints, parades, and shirts giving color to the streets of the central city of Cebu. These are all part of the grand celebration to honor Señor Santo Niño or Child Jesus. Find out more about this unique tradition below.

WHEN DID SINULOG BEGIN?

In 1980, the Regional Director of the Ministry of Sports and Youth Development (MSYD), David S. Odilao Jr., organized the first Sinulog Parade.

The first Sinulog Street Dance Parade was led by Physical Education (P.E.) teachers from seven schools and universities in Cebu. With a demonstration of the dance performed by Nang Titang Diola known to Cebuanos as the “Keeper of the Sinulog dance and beat” from Mabolo.

The dance also took inspiration from analyzing and enhancing the steps done by candle vendors who performed in front of the Basilica Minore del Santo Niño de Cebu. (The Minor Basilica of the Holy Child in English)

And finally, the first street dance happened and started from Plaza Independencia with the students dressed in Moro costumes dancing to the beating of the drums. Later, the City of Cebu then thought of using the parade into a festival to rival the festivals in other parts of the country.

They were led by physical education teachers from:

As each year passed, the festival became bigger and better until it was dubbed as the “Mother of Festivals”. Initially, the contingents or group of devotees only came from Cebu, but after some time the contingents from other cities and provinces also started to participate in the Sinulog.

The word “Sinulog” was derived from the Cebuano adverb “sulog” which translates to “like water current movement.”

The dance steps used in the ritual are believed to be from Rajah Humabon’s (King of Cebu in 1521) adviser, Baladhay, who was allegedly cured of sickness by Santo Niño.

Baladhay was seen to do a dance movement that resembled the back-and-forth movement of the water current.

At present, devotees still use the two-steps forward, one-step backward movement in the belief that it is upon the Santo Niño’s instructions.

However, there are also other accounts that state that the natives have been doing the Sinulog dance before the arrival of the Spaniards.

The organizers have already started the planning Sinulog 2020 last August 2019 having a total of five months of preparation. Everyone be it locals and foreigners are excited and are looking forward to a well-planned week of festivities and fun.

SINULOG 2020 OFFICIAL THEME: “Señor Santo Niño — Cause of our Unity and Charity”

TOP 10 THINGS TO DO IN SINULOG

Make sure to get plenty of rest as it is going to be a busy week. Here’s our guide to help you know which event highlights you shouldn’t miss.

The Sinulog Grand Parade will start early in the morning, shortly after the Pontifical Mass at the Basilica Minore del Santo Niño. Be super early so that you’ll be able to get a good spot to see the parade.

This parade is the highlight of the Sinulog Fever and is where all the participants showcase their graceful and ritual dances. Together with their colorful and very detailed costumes the streets of Cebu City will be in its full bloom.

Join in on the fun and see the lively parade of the Cebuanos as they honor the Santo Niño.

By 4 pm, catch the finale as the organizers will announce the winners of the competitions held during the festival.

While parties are fun, it is important to keep your guard up in the streets. You’ll find the street parties converging around Mango Avenue near Fuente Osmeña Circle and will be bustling with crowd, music, and beer.

Note: Please do not wear anything that you don’t want to be sullied as joining Sinulog will mean a lot of beer and face paint. Take good care of your valuables and bring a waterproof bag to keep your belongings dry.

Be wary of strangers, this is the first rule when visiting any country.

Don’t worry about food, you’ll discover plenty of them at the heart of the city. There’s practically one food stall every 2 meters but commonly they will serve barbeque.

You might also want to be adventurous and taste the surprises our local cuisines can give you like the balot (boiled duck egg), Ginabot (swine intestines), Siomai (surprise meat) and the famous Tuslob Buwa.

Tuslob Buwa means “dipping in bubbles” but don’t let the name fool you. You won’t be dipping your food in soap bubbles. This exotic dish will have you dipping puso (hanging rice) in a bubbly pan made up of shrimp paste, pig brain, onions, fish sauce, oil and an assortment of flavorings. 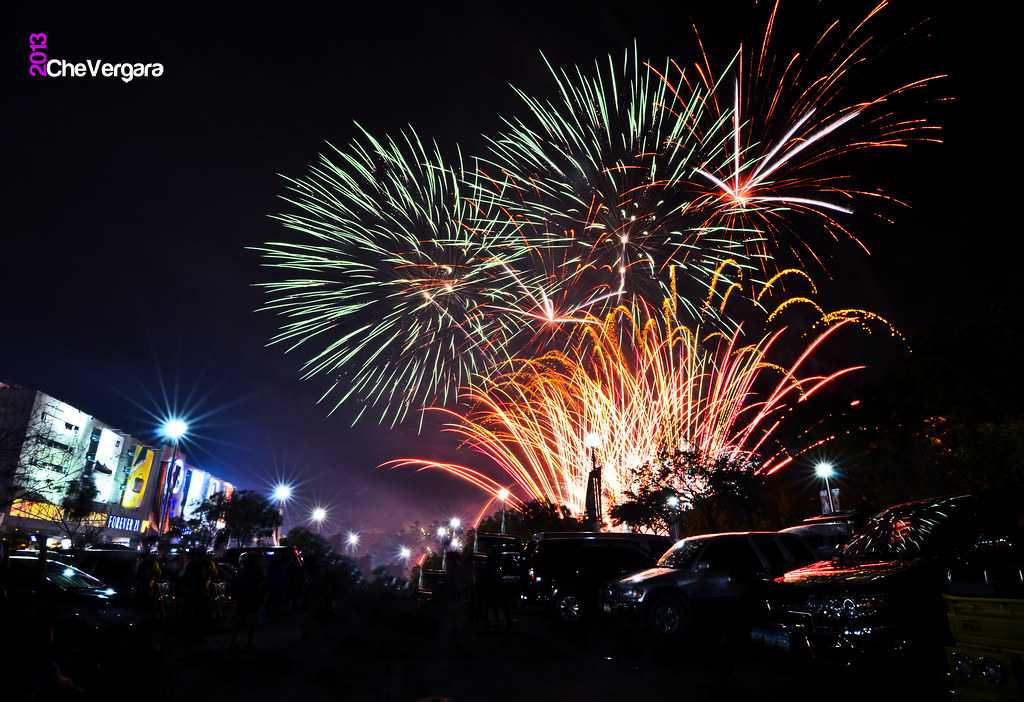 The streets aren’t the only ones to be decorated with colors on this joyous event. Discover a vibrant night sky during the peak of the Sinulog festivities.

You’ll find a myriad of Pyroworks in Cebu usually held at 7 PM at the end of the Grand Parade.

The history of Cebu ran deep even before the Spanish colonization. Its history reaches more than 439 years as a center of trade and commerce not only in the Philippines but also to other countries in Asia.

You can find concrete proof in the city’s historical sites which have been preserved and are now major tourist attractions of Cebu Province. The structures are mostly historical churches and ancestral houses with their own religious history.

Check out these top three sites close to the heart of Cebu City:

The Magellan’s Cross at Magallanes Street was erected on April 21, 1521 by Ferdinand Magellan. History recorded that over 400 followers were baptized at the Magellan’s cross including the first Filipino Christians, Rajah Humabon and Queen Juana.

Filled with history, the Fort San Pedro in Cebu City or Fuerza de San Pedro is a military defense structure. It was built by Spanish and indigenous Cebuano laborers under the command of Spanish conquistador, Miguel López de Legazpi.

It is located in the area now called Plaza Independencia near the Pier Area of Cebu City, Cebu.

C. The Heritage of Cebu Monument

This heritage shows how devoted and passionate local artist Eduardo Castrillo is for his country. He built the sculptures of the Cebu Heritage Monument with donations from private and public sectors.

The Heritage of Cebu Monument is a tableau of sculptures made of concrete, bronze, brass, and steel showing scenes about events and structures related to the history of Cebu. The construction of the monument began in July 1997 and it was finished in December 2000. 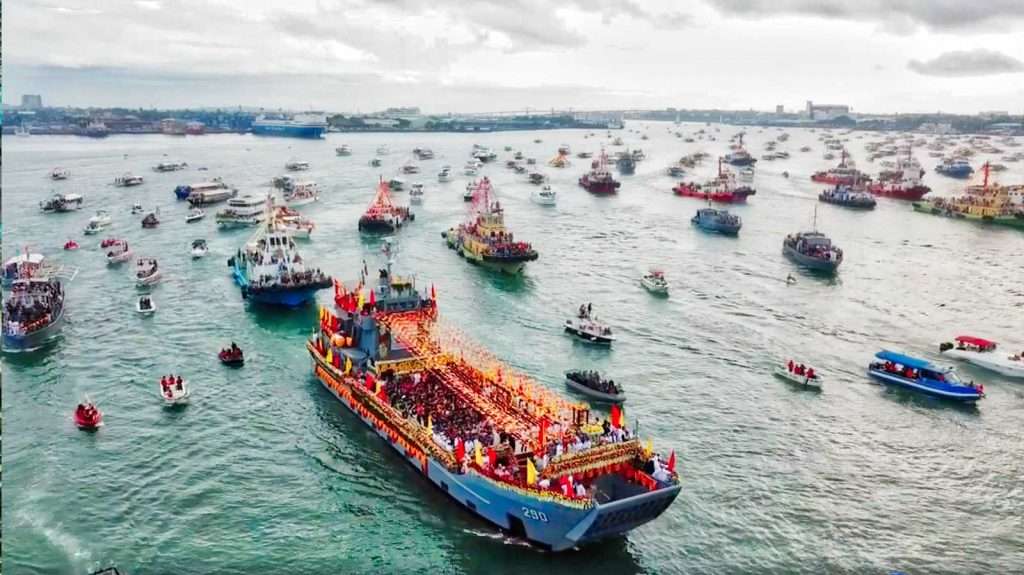 The Sto. Niño Fluvial Parade is a significant and mainstay event of the yearly Cebu Sinulog Celebration.

Every year, hundreds of devotees brave the rather turbulent waters of the Mactan Channel to show their devotion to the miraculous image of the Sto. Niño by accompanying the image. Though the voyage is short, the Sinulog is deemed incomplete without this holy, aquatic procession. 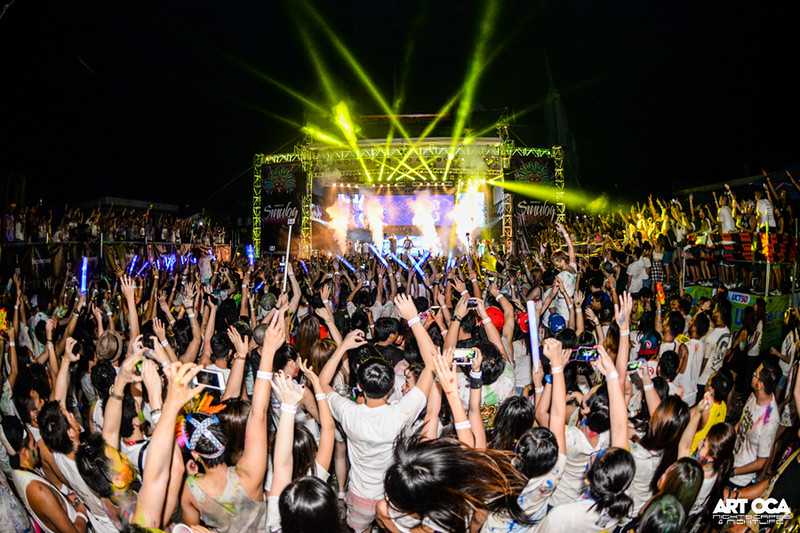 Everyone’s heading towards Cebu City with the annual Sinulog Festival coming up. Those include well-known and independent DJ and musicians showcasing their skills in music too.

Brace for the best performances on the upcoming party events coinciding with the Cebu Sinulog Festival 2019 celebration happening in the third week of January 2019. 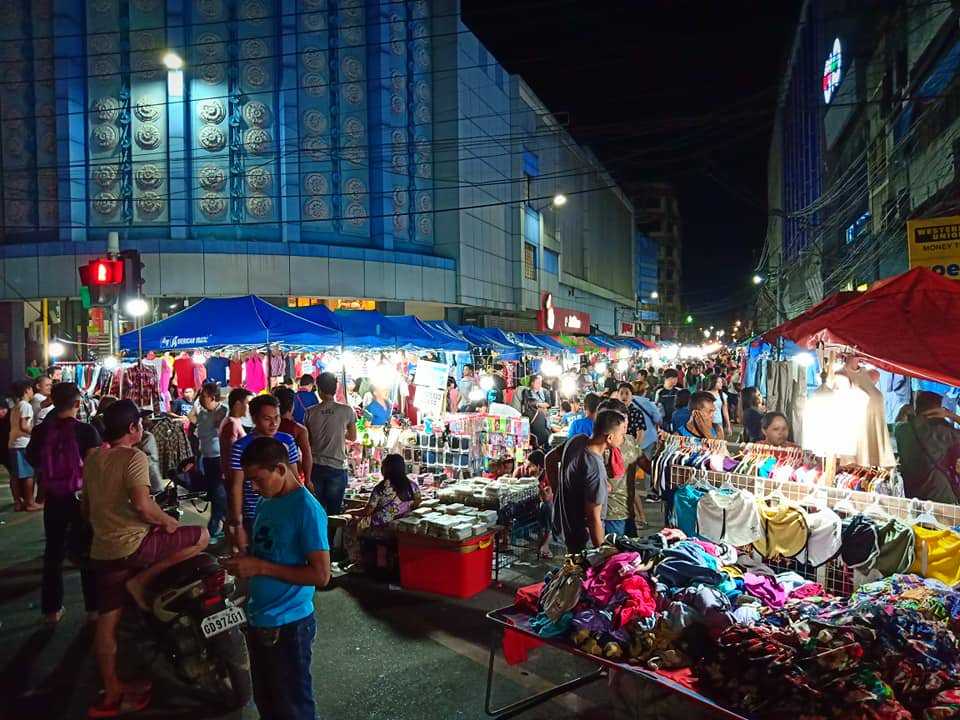 Cebu is way cheaper than Manila and this includes retail prices. Aside from the sales in the shopping malls in the province such as SM City SeaSide and Robinsons Galleria, there are also several factory outlets in the city that sell branded items for a fraction of a price.

There are also plenty of sidewalk stalls that sell a lot of items in the streets of Fuente Osmeña, Colon St. and Carbon, Cebu of which you can check out. 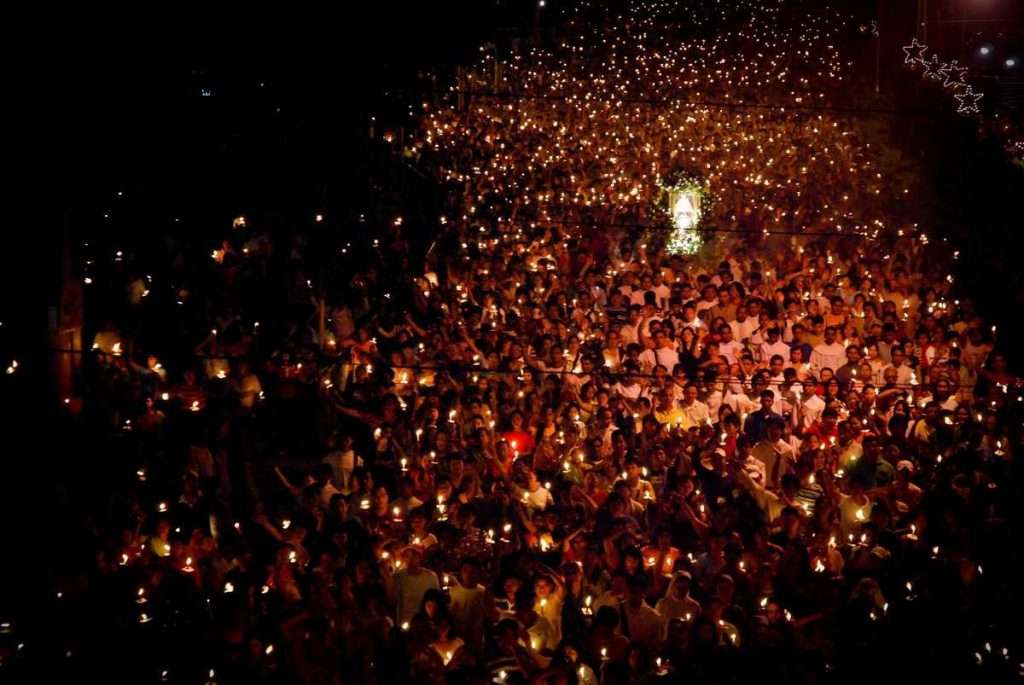 You’ve been busy during the day if you still have some energy to spare, take a night walk from Basilica Minore del Santo Niño to Magellan’s Cross. See the night market, offer a candle or offers some prayers while learning about the colorful history of Cebu.

Join a sightseeing tour, historical tour, or pilgrimage tour for a more immersive of the Cebu’s past. There are plenty of things do in Cebu even when Sinulog is finished.

One activity that will complete your busy Sinulog weekend is having a relaxing time visiting the beaches around the province.

If you have the time, we recommend that you go to Mactan, Bantayan Island, Malapascua, Moalboal, and Oslob. These are where countless pristine white sand beaches can be found and are perfect to lounge in or enjoy island-hopping tours.

We’ve finished our list of event highlights for Sinulog however, here are a few reminders of what to do and not to do during the event.

Opt for rubber shoes with good support as you will do a lot of walking on the day of the festival. Some roads will be closed for vehicles and the only way to get in is to walk. 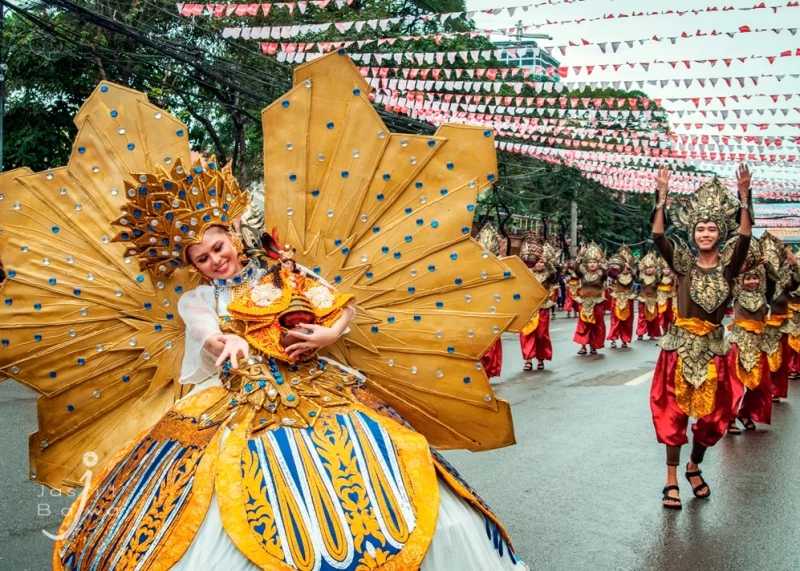 Pit Senyor! Means “sangpit sa señor” or to ask or plead to Señor Santo Niño. This is the traditional Sinulog greeting, it was used to praise the Santo Nino, but also evolved into an expression of goodwill to people joining in the celebration.

Say it to everyone you meet. Don’t be afraid to use it.

Read Also: Remastering the flavors of Italy and Spain at Pizzeria Michelangelo and Hola España

Looking for the next big thing?

Guide to a Grand Sinulogsinulog 2020 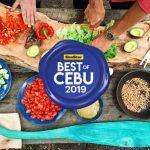 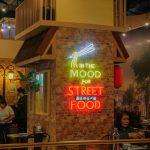