Simbang Gabi, a Filipino Christmas tradition that dates back to 1668 when religious missionaries from Mexico brought this practice into the Philippines. It is a series of  predawn masses that is held 9 days before Christmas Day. And it begins on December 15 to 23 in the evening or December 16 to 24 at dawn.

Simbang Gabi is also well-known by its popular Spanish name, Misa de Gallo, or “Mass of the Rooster”. While there may be a few versions of the story on how this tradition began. One of it’s beginnings was about holding these predawn masses so that farmers could hear the Gospel before they set off to work in the fields.

And it has been a well-known belief that if a devotee is able to complete all the nine days of the Simbang Gabi, their request made as part of the novena may be granted.

Traditionally, simbang gabi is celebrated to honor the Blessed Virgin Mary. However, Pope Sixtus V added some following intentions for the celebration and these are in:

And today, simbang gabi continues to be celebrated for those reason and including the perseverance of the Filipinos in their faith and preservation of the holy religion in this region of the world.

How Was It Celebrated In The Past?

As we’ve mentioned, Simbang Gabi was held before dawn so that farmers and fishermens were able to participate in them before they started their work. In fact, to light their way to simbang gabi, people would often lit up flickering candles in star shaped parols or Christmas lanterns.

The pre-dawn mass was known to begin by the ringing of the Church bells. While in other rural areas, a brass band played some Christmas music.

READ ALSO: 15 Delicious Recipes You Can Make With Your Leftover Lechon

In other records, it was also said that parish priests would even knock on doors in order to wake and gather the faithful to attend the Misa de Gallo.

How Is It Practiced Today?

Nowadays, the tradition of going to mass early in the morning still continues whether one lives in the city or in the province. Although, it is also being celebrated in new ways such as the churches themselves would decorate the place of worship with colorful lights and beautiful “parol” or Christmas lanterns that welcome the devoted.

There is also the well-known nativity scene, or “Belen”, that is displayed in preparation for the celebration and the birth of Jesus Christ.

The “Belen” shows baby Jesus in a manger together with Mother Mary, Saint Joseph, and the Three wise men who carried their gifts to the infant Jesus and lastly, the star of Bethlehem that guided them in their journey.

And that’s not all.

As years pass by and tradition changes. The Filipino community made some slight changes in schedules. Instead of of 4 in the morning, Misa de Gallo is also held around 8 or 9 in the evening to accommodate the needs of the members of the community who have different work schedules.

What Are The Snacks After Simbang Gabi

After each mass, there are traditional delicacies that awaits the churchgoers. But during the Spanish Era, the parishioners would mostly have nothing to offer except sacks of rice, fruits, vegetables and fresh eggs.

At present, the Filipinos would buy and eat holiday delicacies that are sold in the churchyard for breakfast. They are as follow:

If you’ve noticed, these are rice-based foods. Which were traditionally served in order to fill the stomachs of the farmers. The pastries are filled with carbohydrates that were needed by the colonial Filipinos for their work they undertook in the rice paddies and sugar mills.

But why do we celebrate this tradition?

Simbang Gabi is more than a tradition. It is a part of history that taught the people the meaning of the Mass and Christmas. The family and community would gather together and evangelize the moment when the rich and the poor, men and women, and the children and the elderly would wait for the coming of the Lord and rejoice in the promise of the Messiah.

Lastly, Simbang Gabi is a recognized tradition by the Catholic Filipino communities living in different areas of the world. So no matter how or when this celebration takes place. It provides a strong indication of the depth of faith of the Filipinos in Catholicism. 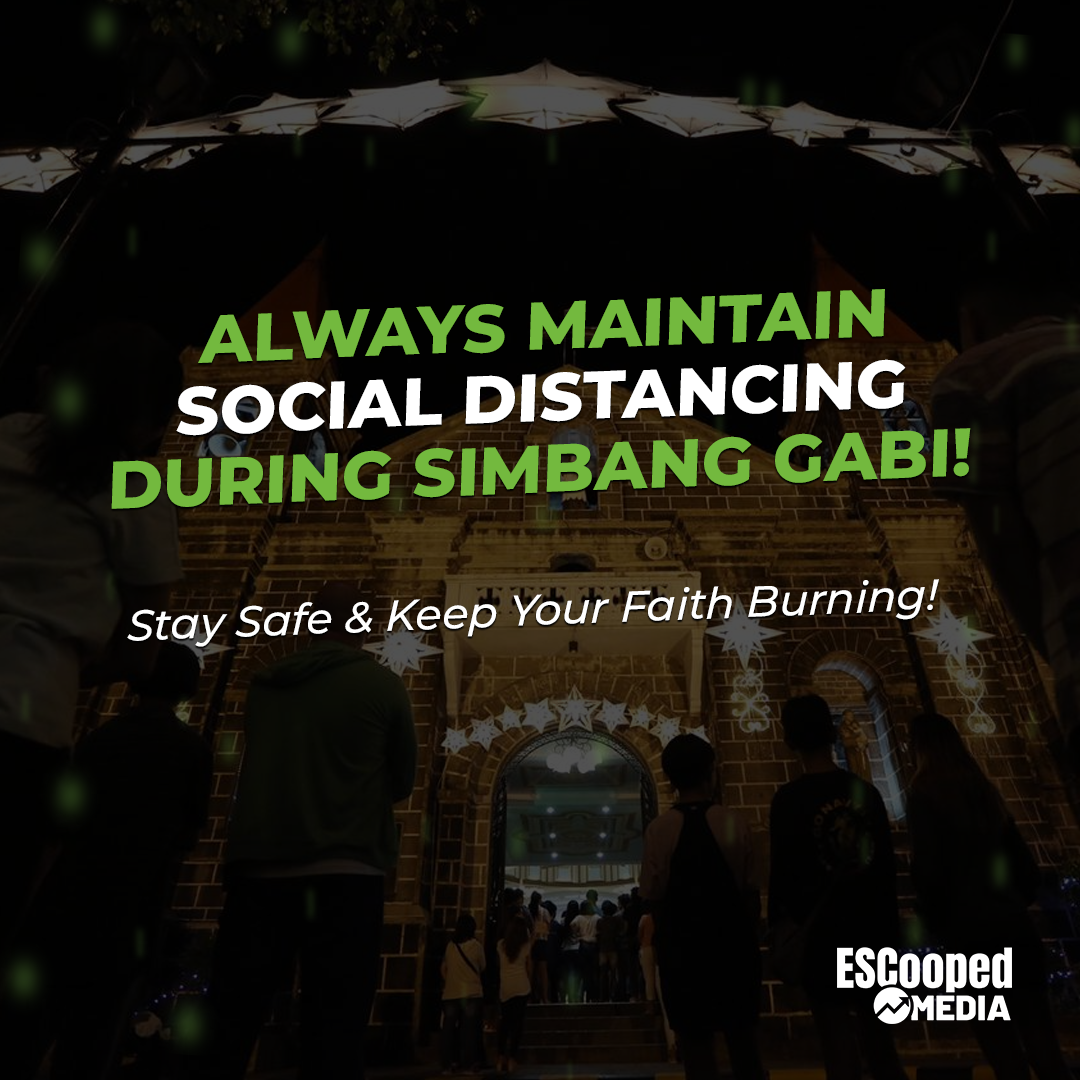 While religion and devotion is important, safety must still be our top priority. And to do our best in keeping ourselves and our fellowmen safe. We must follow and observe the social distancing guidelines.

If you plan on going to church, one is expected to wear face masks and face shields as well as staying at least one-meter apart from other people.

But we urge everyone, especially the senior citizens and people with underlying medical conditions to simply participate in the mass virtually to avoid the risk of contracting COVID-19.