New Year’s Eve in the Philippines is a fun filled celebration with some quirky traditions and folk beliefs. For starters, the whole country’s night sky is set ablaze into a war zone with fireworks being set off all over the place.

There are also interesting and sometimes unbelievable traditions associated with the New Year.

For centuries, New Year’s Eve in the Philippines has been celebrated in various customs in order to ensure the success of the incoming year.

The traditions we will be discussing below have been down from one generation to the next and a number of them are of Chinese and Spanish origin.

Of course, the picture of Catriona Gray is just an exaggeration. But it is true that Filipinos must wear red or something similar since red symbolizes fire, and it is thought to bring good luck and good fortune.

Polka dots are also encouraged since these patterns are believed to bring in money and fortune. As anything round signifies prosperity.

2. Jumping as high as one can when the clock strikes 12

Filipino children are encouraged to jump as high as they can when midnight comes as the elderly believes that it’ll help them grow taller.

New year’s Eve in the Philippines can never be complete without the old custom of Media Noche. This is where Filipino families, relatives and friends will gather for a lavish midnight feat that symbolizes their hopes for the prosperity and abundance for the year ahead.

This is a tradition that is mostly influenced by the Spaniards who colonized the country for more than 300 years.

4. A variety of round-shaped fruits

One must also not forget to bring round shaped fruits for the media noche. It doesn’t matter as long as the fruits are round.

This was believed to be inherited from the Chinese were round fruits are often the centerpiece of the Media Noche. But pineapples, jackfruits and durian are avoided because of their thorns that symbolizes problems and obstacles.

Filipinos are very family-oriented and have very tight-knit relationships. They believe that eating food made from sticky rice such as their bibingkas, biko, and tikoy can bind their families together. And also bring good fortune for them.

6. Pancit Canton or Noodles for long life and fortune

Another tradition influenced by the Chinese is when Filipinos enjoy eating pancit during the new year where they hope that it brings luck, good health and long life.

7. No chicken and fish dishes

If there are foods that are believed to bring good luck, there should also be foods that aren’t suitable to eat during the New Year’s Eve in the Philippines.

A tradition that is still followed by a minority of Filipinos is to abstain from eating chicken and fish as they are referred to as a symbol of food scarcity.

Another popular practice by the Filipinos is to fill up the children’s pockets with coins and shake them at 12 midnight in order to attract good fortune.

While some also scatter coins around their house and not miss those nooks and corners, drawers, tables or any space that they believe will bring them fortune.

Another Chinese influence practiced by the Filipinos is the belief that firecrackers and fireworks or anything that can create loud sounds can help to scare away evil spirits and elements that bring bad luck.

So apart from pyrotechnics, loud noises from car horns, hornpipes and even frying pans and pots will surely dominate New Year’s Eve in the Philippines.

10. Open Doors, Windows and Turn On All The Lights

Apart from food and coins, another way Filipinos celebrate New Year’s Eve in the Philippines is to open all doors, windows, drawers, and cabinets to let the positive vibe in and also chase those evil spirits trapped in the house and inviting only the good ones to stay.

Did you know that on January 1, it is believed that one shouldn’t spend a single peso on the first day of the year. As this will help lead to better financial management for the rest of the year?

So there are Filipinos who would rather stay at home to avoid spending or simply taking this time to rest up from staying up until midnight.

Cheers to the New Year!

Although a lot of people will choose not to observe some of these traditions anymore and would rather go for a more simpler and intimate celebration.

This isn’t necessarily a bad thing. Since people are becoming more realistic when it comes to acquiring good health and fortune, they become more practical in giving. 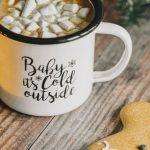 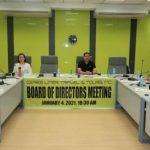