As we all are aware of, people all around the world celebrate every first day of January as the new year. But, in China, they have a separate New Year’s celebration that they call the Chinese New Year or the Lunar New Year.

Just like the ordinary new year, they celebrate theirs at the beginning of the Chinese calendar. And it is the most important holiday in China. And as we’re nearing the Lunar New Year, here are 10 things you probably don’t know about this holiday!

1. It is also called the “Spring Festival.”

You may not have noticed this but the Chinese New Year is celebrated every year on different dates. This is because, the Lunar Calendar is based on the movement of the moon. However, the date usually falls in between January 21 to February 20. And this year, the Chinese New Year celebration starts on February 12, 2021.

3. The largest human migration in the world.

In China, the Chinese New Year is a traditional family reunion. Every one is required to go home and celebrate the Chinese New Year together with loved ones. The airports and terminals get so jam-packed that they’ve given the occassion a name, which is called the Spring Migration or chunyun (春运).

Some children receive monetary gifts on their birthdays, but in China, expect these red envelopes to be handed over to you. Open them up and you’ll be surprised with the generosity of your relatives. The money in this red envelope is supposed to help transfer fortune from the elders to the kids. These can also be given to friends, co-workers or distant relatives!

Did you know that there is a saying in China which says that there are no manners without wine? This saying means that in every festival or celebration, wine is a must. And yes, you guessed it right, there is wine specifically allocated for the celebration of the Spring Festival.

6. It’s a dumpling feast every day!

7. There’s a lot of firecrackers on that night.

The most fireworks are put on display on the first night of Lunar New Year. Chinese people believe that firecrackers ward off evil spirits, monsters and bad luck for the year. But, the fun doesn’t only happen at night. In the morning of the Chinese New Year, firecrackers are used once again to welcome the new year and prosperous good luck.

We all have a real age, but in China they also have their fake age. This is called the nominal age. You grow 1 year older every first day of the Chinese New Year. Although it’s not commonly used around the locals anymore, it’s still better to ask about their age so you can address them properly.

9. It is the longest holiday.

The Spring Festival is celebrated for 15 days, but including the first evening of the Chinese New Year it is counted for 16 days. Traditionally, on the 5th day families spend time together as it is recognized as a national holiday. This is also the day when a majority of shops are closed too so they can celebrate it in their own homes.

The month before celebrations, people buy nian huo (年货), or New Year’s products and start stocking up on snacks, gifts and other things in preparation for the Spring Festival.

As the Chinese New Year starts with the Spring Festival, it also ends on another popular festival. This day is celebrated because the first full moon of the lunar year is visibly seen on the evening of the Yuanxiao Festival or Lantern Festival. Walking around with your friends and family is very common even at late night just to celebrate the end of the Chinese New Year festivities.

Fun fact: This day can also be regarded as the Valentine’s Day of the Lunar Calendar. Isn’t that sweet?

Which of these 10 things are new to you? Which of these did you already know? The holiday is almost coming up so we’d like to know how are you spending the new year? Have a prosperous Chinese New Year ahead! 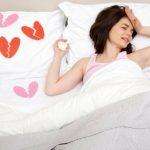 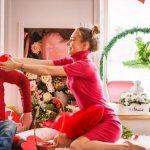