Photo Courtesy of The Peak Magazine

The Lunar Year is no stranger to several Asian countries, and is best known for the Chinese New Year celebration called Spring Festival – a time to bring families together in a “reunion dinner” where Chinese and Vietnamese families spend the night before.

And what’s a dinner without putting an ample variety of food on the table? But which foods are traditionally prepared in order to welcome the new year? Here are 10 Chinese New Year foods to eat in 2021 or also known as the Year of the Ox.

Fun Fact: Ancient Chinese people believed that fishes have the power to drive out an evil spirit from a person or place.

One of the very common lucky Chinese New Year foods is Dumplings. Dumplings can be boiled or steamed. You can fill your dumplings with celery which leads to wealth, leek which brings everlasting affluence and cabbage which symbolizes fortune. Dumplings symbolizes wealth because of its Ancient Chinese Gold Ingot shape. “Ingot”  is a gold coin used as money in Ancient China.

Glutinous rice balls is a lucky food mainly eaten during the Chinese Lantern festival but it can also be a Chinese New Year food because the stickiness of the rice balls symbolizes family togetherness. It is made of glutinous rice flour and can be filled with red bean, peanut, taro and other fruits.

Spring rolls, just by its name, are widely cooked every Lunar New Year which is also called Spring Festival. Fried spring rolls is a dish welcoming the spring season and Chinese new year. It is filled with fresh vegetables and can be both sweet and salty.

Spring rolls symbolizes wealth and treasure because of its fried golden brown color.

Chinese new year noodles, also called Longevity noodles, are also served on birthdays as Chinese people associate it with long life just like what most of us  believe here in our country . This Chinese new year food also brings a smooth sailing life with no complications. It is also said that eating each noodle from the beginning to end is a must. Breaking the noodle while eating might break the good wish of longevity.

Wontons are also one of the Chinese New Year Foods that brings wealth and treasure. Just like the dumplings, it is also shaped like a Chinese Ingot but this time, the silver one. It also symbolizes a fresh start of the year.

Glutinous rice cakes bring rise in career, income and position. It can be fried, steamed and boiled with soup. Flavors can be both salty and sweet. You can fill it with lotus leaves, coconut, chestnuts, red bean, black sesame and Jujube (red Chinese date).

Fun Fact: Glutinous rice cakes are originally used by the Chinese people to worship the gods and ancestors.

Tangerines and Oranges are also included in the list of the most popular Chinese new year foods because of their round shape and “golden” in color. These characteristics of the fruits symbolizes good luck and fortune. Chinese people also believe that the more you eat Pomelos, the more wealth it will bring. We know that you’re thinking about our rolling round fruits Filipino tradition every new year. We did that too!

As we said in the introduction, Chinese new year doesn’t just celebrate the beginning of the year but also family togetherness. The whole chicken represents unity and rebirth. The whole piece of meat symbolizes good marriage and family reunion.

Being able to experience different cultures and traditions around the world is truly fascinating. Knowing the story and origin of each celebration is really worthwhile. It makes us appreciate our culture and tradition because it’s what makes each of us unique and remarkable.

Also, respecting everyone’s beliefs is very important. Diversity in food, culture and traditions around the world should be celebrated and honored!

Looking forward to this upcoming Chinese New Year? Share this list of Chinese New Year foods to eat in 2021 to your family and have a festive and memorable one this 2021! 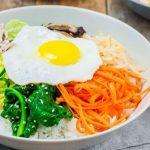 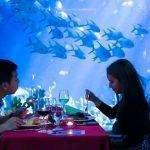