Let’s sprinkle a little bit of cinnamon roll history! Cinnamon roll is a sweet bread roll originated from Northern Europe and North America. Also, did you know that way back to 2,000 B.C Cinnamon rolls was extremely expensive that it was considered as a suitable gift for monarchs? This 2020’s Best Cinnamon roll in Cebu, GOCHI Cinnamon & Buns is definitely inexpensive yet so tasty and healthy by being sugar-free!

This sugar-free Original cinnamon roll of GOCHI Cinnamon & Buns is topped with their signature cream cheese frosting. It’s sugar-free because they use a healthy sweetener called MonkFruit! They also use organic vanilla extract from Tahitian Vanilla Pods that are grown in Papua New Guinea.

Why stick to one flavor when you can have a rainbow of Cinnamon Buns! We recommend trying their Apple Cinnamon mini bun first!

Coffee and Cinnamon rolls? This classic combo is now in one luscious cinnamon treat! This cinnamon roll is topped with Espresso and Mascarpone Cheese frosting. The frosting is infused with real Espresso beans!

Don’t worry if you can’t finish a whole box! GOCHI Cinnamon & Buns have handy individual packages for you. This can also be a lovely gift for your family and friends! And then there’s the Queen of desserts. This decadent Chocolate cake is not as sugary as it looks. It has a slight amount of sweetness and more on the chocolatiness!

This popular pastry in Cebu might bring some laughs because of its name but it’s a treat many are fond of. “Pan Burikat” is a sweet bread stuffed with vibrant red pudding. Have you had those dreams wherein no matter how many sweets you eat you don’t get fat? Well, GOCHI Cinnamon & Buns are not magicians but they let you savor their delicious Cinnamon Rolls guilt free! Now you can share a box of GOCHI Cinnamon & Buns to your family including your Grandparents! They’ll surely love a sugar-free dessert! 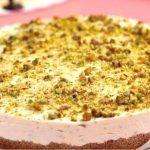 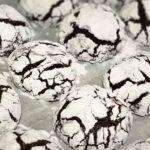