Do you know what to do Before, During, and After a Typhoon? On average, the Philippines is visited by 20 typhoons a year or tropical cyclones. In the last few years, the country has experienced super typhoons that wreaked havoc on islands, cities, and towns that left thousands of its citizens homeless, crippled and suffering.

The most devastating of which was Typhoon Haiyan last 2013 (Super Typhoon Yolanda), with a death toll of 6,352 which also left Php 95.5 billion worth of property damage in its passing.

When facing that number of typhoons in a year, being unprepared is the last thing that you want to happen. Especially now, as the country is bracing for the storm Auring.

But despite the bad things and the onslaught brought by them, we can prevent the worst scenario from happening with careful planning and taking these preparations Before, During, and After a Typhoon. And fortunately, getting a hold of this information of where the heavy rainfall is gonna hit has become easier. Since we have the tv, radios and most of all, the internet on our side.

Outline of this Article

Things to prepare BEFORE THE TYPHOON 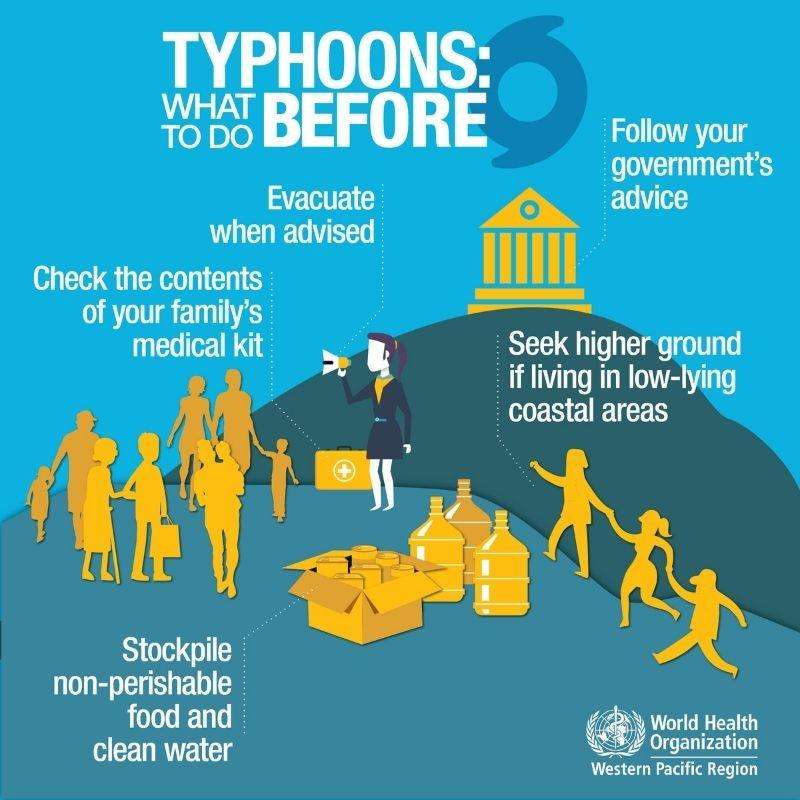 These things will be essential for us during and after the storm passes.

This is also one of the most essential things that you should be storing beforehand. After a storm passes, water pipes could get damaged resulting in the contamination of water. Storing these would reduce the risks of your family getting health problems. You can use the water for cleaning or cooking purposes.

Storing food away during these times is a must. Tacloban, one of the cities seriously hit by Yolanda back then, became a no man’s land because of the uncontrollable chaos and anarchical circumstances that transpired.

And one of the root causes was because of a food shortage. Just to be safe, you should prepare canned goods, noodles or any food that would last long enough for establishments near your area to open their stores again.

Electrical lines are more likely to get cut off than not during storms. Despite the possible constraint, you need to make sure you can keep in touch with the outside world.

Keep your mobile phones charged just in case you need it for emergency calls and such. Smartphones can also connect via net or radio so you can keep up with the latest happenings despite the loss of power – their batteries dry quicker compared to the old fashioned ones though, so keep a few fully charged spares in store just in case.

If you can have power charges as many as you think you can afford, then that would help you in re-energizing the battery life of your smartphones and even feature phones.

A Change of Clothes

If you’re moving out of your house into an evacuation center, make sure you’re bringing a few spare clothes with you. You’ll get wet easily during those times, and staying on wet clothing is potentially hazardous to your health.

The wellbeing of your family and yourself comes first above all else. Having these kits will prepare you for the worst to come. The kits should carry the necessary first aid essentials like antiseptic, bandages, medicines (for colds, fever, etc.) and more.

You should also keep in those kits emergency cash, flashlights and extra batteries, fully charged cell phones and whistles or something that would catch the attention of someone.

A small variety of flashlights should be included in your emergency kits. A bigger variation of these artificial lights should be acquired to provide the necessary lighting during darker days where electric lines are cut off.

Flashlights are very useful in traversing the roads or indoors, especially when the sun goes down and the electricity still hasn’t gone up.

Candles can also be used but refrain from using them if you can – a careless act with these can easily burn a house.

Money will always be an essential tool for you. So always store what you’ll only use for these kinds of situations. They can be a real life-saver. 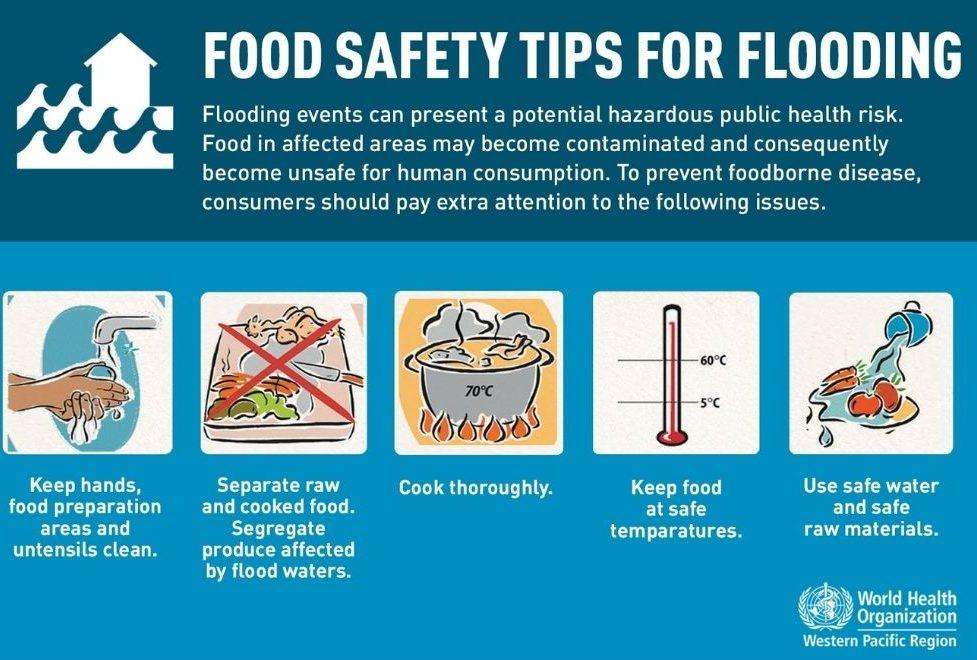 PRECAUTION: Every potential object found outside during a storm is also a potential projectile bound to hit someone.

What to do DURING THE TYPHOON 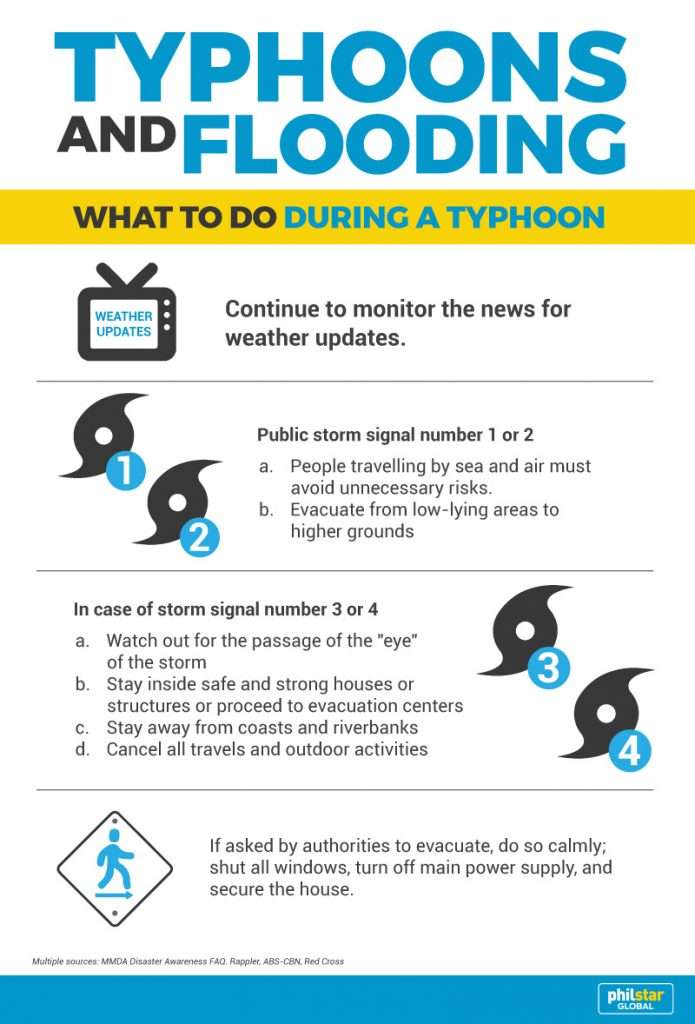 When you feel the winds starting to pick up, along with heavy rainfall, that could only mean your unwelcome guest has arrived.

Here’s what you need to do when it does happen.

Evacuate your home or location in the following situations:

If you can’t evacuate, here’s what you need to do:

What to do AFTER THE TYPHOON 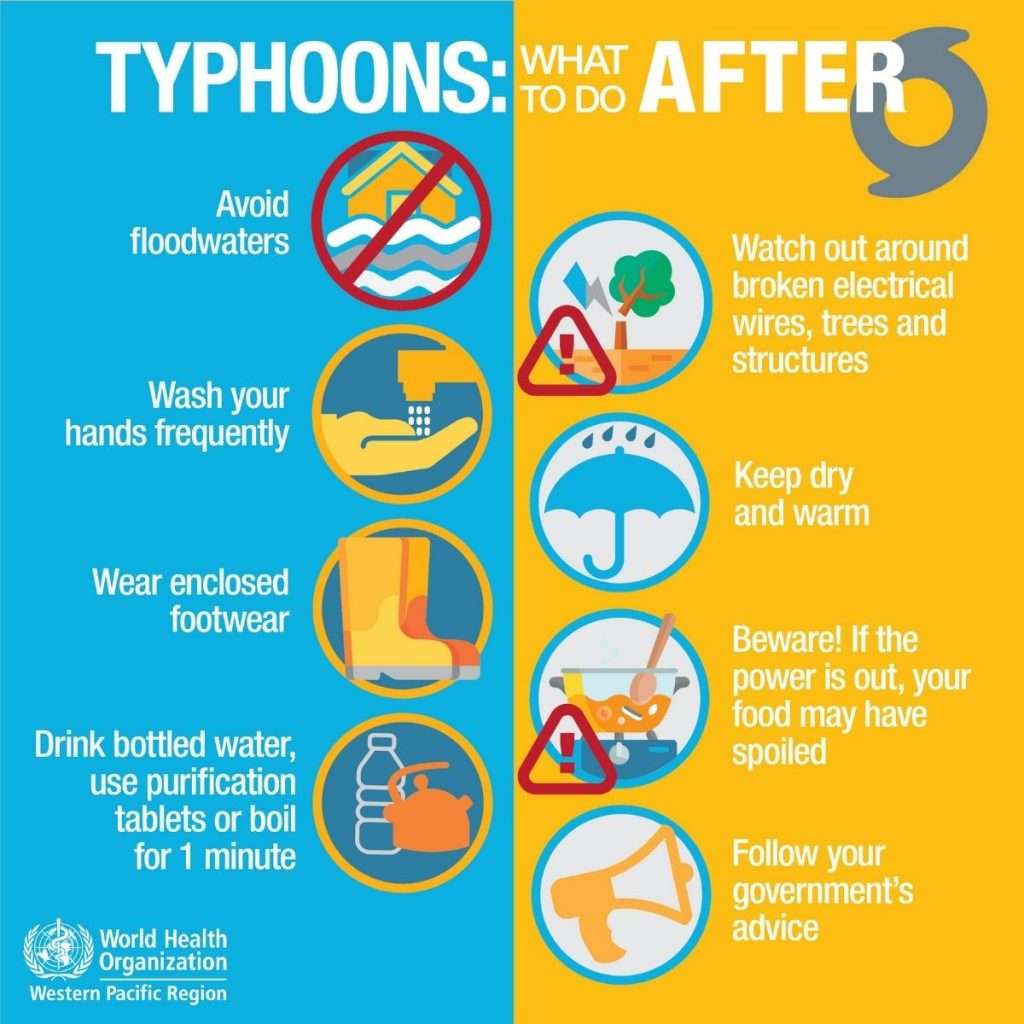 Here’s what you need to do right after the storm subsides.

When it comes to typhoons, one can never be too careful. Underestimating the dangers that it brings or any act of carelessness during the storm is enough for one to lose a limb, or worse, lose his or her life. It is imperative that we educate ourselves and review the things we must do BEFORE, DURING and AFTER a Typhoon.

Always take the necessary precautions and get your hands on every information you can get, as it’s going to help you prepare and prevent any unnecessary damages or losses from happening. 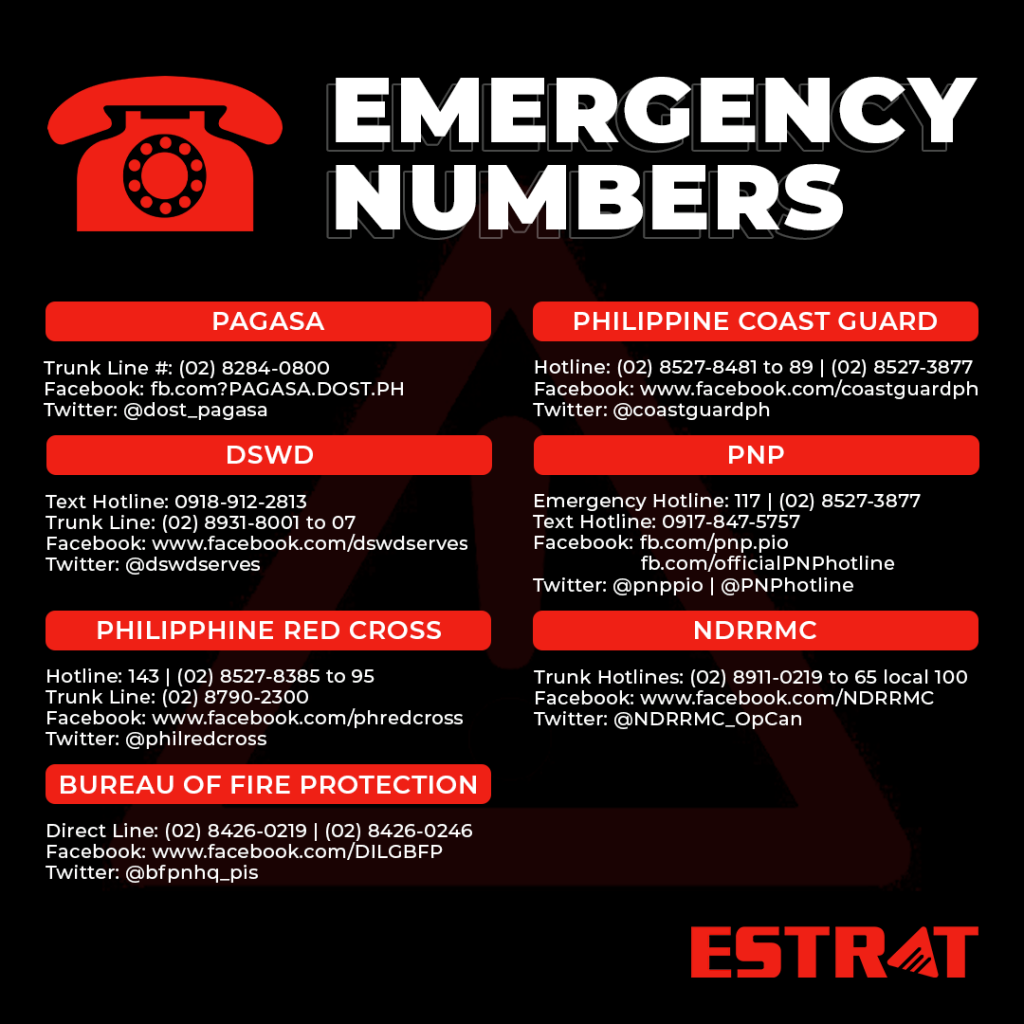 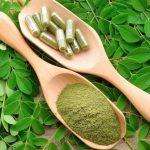 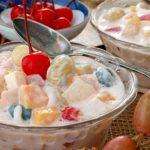