Chef Raki Urbina is one of the most famous chefs in Cebu. He has brought the essence of preparing and serving traditional Filipino cuisine to great heights and has established and contributed to building one Cebu’s well-known authentic Filipino restaurant, Cafe Laguna, and the Laguna Group.

But it is with great sadness to know that he has moved on to a better place. However, his inspiration and creativity of the Filipino recipes and the people he has served will continue on.

Chef Raki Urbina was the Corporate Chef of the famous Laguna Group of Companies. He has played a significant role in their family business which consists of the locally renowned Cafe Laguna, Parilya, Lemon Grass, and Ulli’s Streets of Asia.

Furthermore, he was also a Manager of the Catering and Commissary Operations at the company.

READ ALSO: Johanne Siy of Singapore’s Lolla Restaurant has been awarded Female Chef of the Year!

A Look Into His Life

Chef Raki graduated from the University of San Carlos with a Bachelor’s degree in Business Administration. In 2004, he went to the Advanced Culinary Arts Program in the Culinary Institute of America in the United States. He graduated in 2005, and after a year in 2006, he opened Lemon Grass which is a restaurant famous for authentic Thailand and Vietnam food.

Julita “Lita” Urbina, the mother of Chef Raki and the Chairman of the Laguna Group Companies, started the food corporation from a humble carinderia with just a measly capital of Php 300. And it grew as large as it is now with her strong dedication towards cooking.

Lita decided to start a “turo-turo” style carinderia in their apartment – located outside the military camp along Wilson Street.

Lita inherited her passion for cooking from her mother, and together with her ever supporting children led by Chef Raki, the family’s food business has become successful and very popular. Their story is a true tale of a family who persevered and worked diligently from rags to riches.

In Cebu, their restaurants are famous for serving the best of the Philippines local cuisines that are precisely honed and taught from their mother, grandmother and further.

To this day, Café Laguna unfailingly serves the Filipinos and tourists with distinctive tastes that are incomparable to other local restaurants. Not only was the food that good but which also brought memories of home cooked meals shared with friends and family.

Other restaurants that the company owns are Laguna Garden Cafe, Lemon Grass, Ulli’s Streets of Asia, Parilya, and Laguna Catering.

1992: Graduate with a Bachelor’s degree in Business Administration from the University of San Carlos

He was found and seen exploring Thailand to learn and discover authentic cuisine which led him to create inspired Thailand dishes.

Chef Raki Urbina took part in the Advanced Culinary Arts Program in the Culinary Institute of America at Greystone, Napa Valley, USA. To learn not just home cook food but also seeking a culinary or baking and pastry career or entrepreneur looking to start a new food business. Here he was able to learn from top chefs, restaurant owners and more.

Chef Raki Urbina set the bar high by opening the US Potato Safari with a taste of home at Laguna Garden Cafe; his menu is influenced by numerous cooking traditions from different Philippine areas, providing authentic Filipino cuisine an esteemed place in the country’s culinary map.

The Cebu Goes Culinary 2016 is a competition that Chef Raki spend his time making the event successful with intensely bringing culinary talents in Visayas the chance to showcase their skills and learn from him and other expertise.

2019: Special Guest for podcast by The Big Picture entitled “From Running a Small Carenderia to Managing a Successful Homegrown Multi-Brand Business”

He was invited to speak about the origin of Laguna Group’s humble beginnings and how it has grown into one of the country’s most successful businesses, as well as their business approach and values, and their future goals for the Laguna Group.

We Will Miss You Chef Raki!

While we are at loss of words to see him take on the next mystery of life. We shall know that Chef Raki has done great things to elevate the standard of Philippine traditional culinary dishes. His exemplary precision in making Filipino dishes will forever be remembered.

Through his amazing culinary skills and passion for cooking, he set the bar high for serving high-quality Filipino food that brings nostalgia when tried by every Filipino. It is hard to bid goodbye to someone who has made unforgettable legacies that inspired people, especially those that started from scratch. 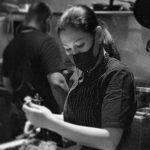 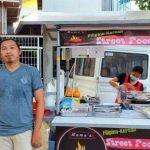