Do you like to play games on your mobile devices to pass the time? Have you ever wondered what are those Popular Mobile RPG Games in the Philippines? Don’t miss out on some epic adventures, smooth and creative graphics plus the interactive playing experience of these…

Top 15 Popular Mobile Games in the Philippines for 2021

To kickstart the Popular Mobile Games in the Philippines list, Infinity Kingdom was released back in January 2021. It is a cartoon-styled strategy game available on both IOS and Android phones. In the game, players must defend the land of Norheim against the evil gnomes while protecting themselves from other invading players.

You may be familiar with the name of this next one simply because it is based on the hit comic book series, The Walking Dead. Developed by Elex, this game is a strategic video game wherein players need to think for the expansion of their settlements by managing resources, armies, and exploration. It contains more than 80 characters that you may have already known of!

Based on the novel written by Korean author, Lee Yeongdo, Dragon Raja is an MMORPG or Massively Multiplayer Online Role-Playing Game. Go through different storylines and worlds with stunning graphics. Also, get to play alongside your friends and customize your own avatars!

Next on our Popular Mobile Games in the Philippines list is a game that we can never forget! Remember the craze of everyone finding their own pokemons around town? If you haven’t tried playing Pokemon Go, maybe it’s time to start hunting for your own pokemons!

Fond of building stuff? Minecraft is also an interactive where you can choose to play with your friends or if you prefer going solo, you can play it alone! It has creative mode where you can freely design whatever you want. And a survival mode where you have to fight against other elements in the game to have resources!

Survival games are the thing nowadays because they allow you to think critically! State of Survival is a mobile strategy game that requires players to work together. Think strategically with your teammates in order to help their characters survive in a post-apocalyptic world overrun with zombies.

Another favorite among teens back in the days, Clash of Clans was more popular in 2014. Fantasy-themed, fight with various clans to get more resources and produce your own at your villages. To commence combat, players train different kinds of troops using resources. The main resources are gold, elixir and dark elixir. Such a fun game to play with friends!

Midway to our Popular Mobile Games in the Philippines list, MU Archangel is another mobile MMORPG game! This game closely inherited the features of the first Korean full 3D MMORPG, MU Online, developed by Webzen and turned it into a mobile game so more players can enjoy playing.

More popularly know as ROM, Ragnarok: Eternal Love is another mobile MMORPG that was launched by Gravity Interactive Inc. back in 2019. Before it became a mobile sensation, Ragnarok Online first started as a manhwa (Korean comic) written by Lee Myungjin. Players loved it because of the interesting storylines that happen among characters!

Fond of shooting games? Player Unknown’s Battle Ground Mobile or more known as PUBG is an interactive game for friends that enjoy FPS game. Wondering how to win this game? The available safe area of the game’s map shrinks in size over time, directing surviving players into a smaller gaming area to force encounters with other players. The last player or team standing wins the game.

Nearing the end of our Popular Mobile Games in the Philippines list is a favorite among children! Roblox is a game development tool and online game platform created by the Roblox Corporation. It enables users to develop games as well as play games created by others!

A game similar to PUBG, Call of Duty Mobile or much more known as CODM, is another FPS game that you should start playing! Unlike PUBG, CODM has 2 main game modes such as Multiplayer and Battle Royale. Earn points to reach higher ranks and fight against other player with the same rank as you!

Want to play with other people? Genshin Impact developed by MiHoYo is an action role-playing game fit for those who enjoy a fantasy-action game. Genshin Impact has an open-world setting with an action-based warfare system that incorporates elemental magic and character switching, as well as in-game monetization to allow players to obtain additional characters, weapons, and other resources!

League of Legends: Wild Rift is a mobile version of the popular PC game, League of Legends. It is a MOBA (Multiplayer Online Battle Arena) game where players take up different characters with various abilities. Players can own many players through in-game coins and purchase skins for their heroes!

And, first on our Popular Mobile Games in the Philippines list, a worldwide MOBA game, Mobile Legends take the spot! Mobile Legends is another game which uses heroes as characters. Players can team up to a maximum of 5 players or get teamed up with other players online. Fight in classic and brawl mode to practice and earn coins or participate in ranked mode to earn stars!

Want your brand or story to be featured? 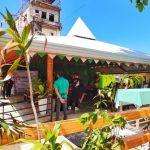 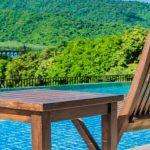