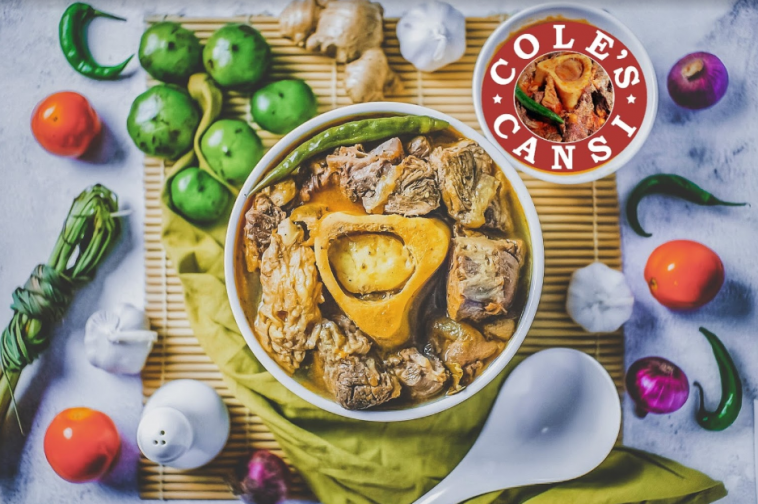 Bringing Bacolod City’s famous Cansi flavors to the Queen City of the South! Check out this delicious type of beef soup with a sour broth offered by Cole’s Cansi! The main difference of this homemade cansi is that it contains batuan which is an ingredient found only in Bacolod! Are you ready to savor the taste of an authentic Bacolod recipe? Check out…

It all began when Lowela and Dave Maestrecampo began missing and craving their favorite Negros comfort food, the Cansi. For those who aren’t familiar with Cansi, it is an Ilonggo version of bulalo or boiled bone-in beef shank.

When Dave started his search for the Negrense flavor in Cebu he was disappointed as most of their versions lacks one crucial signature ingredient: the batuan fruit, which is a fruit found in Negros.

“We’ve been here in Cebu for more than 15 years and wala jud mi kakita nga (we never found the) same exact timpla (flavor) that we have in Bacolod or in Ilo-ilo or in parts of Negros,” said Dave.

“That’s the reason why we’ve decided na why not instead of us searching for the right kind of timpla (flavor), why not make it ourselves,” he added.

Thus, in April 2017, the Maestrecampos decided to open Cole’s Cansi, named after their firstborn child, and began serving the homemade dish to students from a small stall situated in Rosedale Suites, near the University of San Carlos in Barangay Talamban.

Lowela said that their recipe really didn’t sell as well at first, since there wasn’t enough people who knew about it. Dave also couldn’t manage the business as much as he wanted, since he was traveling back and forth through Negros Occidental for work.

Eventually, they transferred their stall to A.S. Fortuna Avenue in Mandaue City and started offering “silog” together with their Cansi.

However, when the COVID-19 pandemic hit, the two had no choice but to close their stall temporarily. And although they had faced plenty of challenges like the packaging and meat source. They would find that the situation was a blessing in disguise.

Because just 6 months after the first lockdown, they were able to build their online presence among online users. Which help to boost the demand for the homemade dish, and, therefore, increased sales.

“We weren’t expecting this increase in demand and [they] even demanded for a physical store,” they said.

By October 2020, when lockdown restrictions were finally eased. And Cole’s Cole’s Cansi officially opened its own physical restaurant, where customers can dine-in and enjoy the homemade dish with friends and family, all the while following proper health protocols.

Expanding The Business in Mactan!

Last May 20, 2021, despite the fact the pandemic is still present, the Maestrecampos have successfully opened another branch at the Outlets in Pueblo Verde. They just hope that the Cebuanos can enjoy even this homemade cuisine as the world waits for a new normal to emerge, as the popularity of the Cansi house grows. 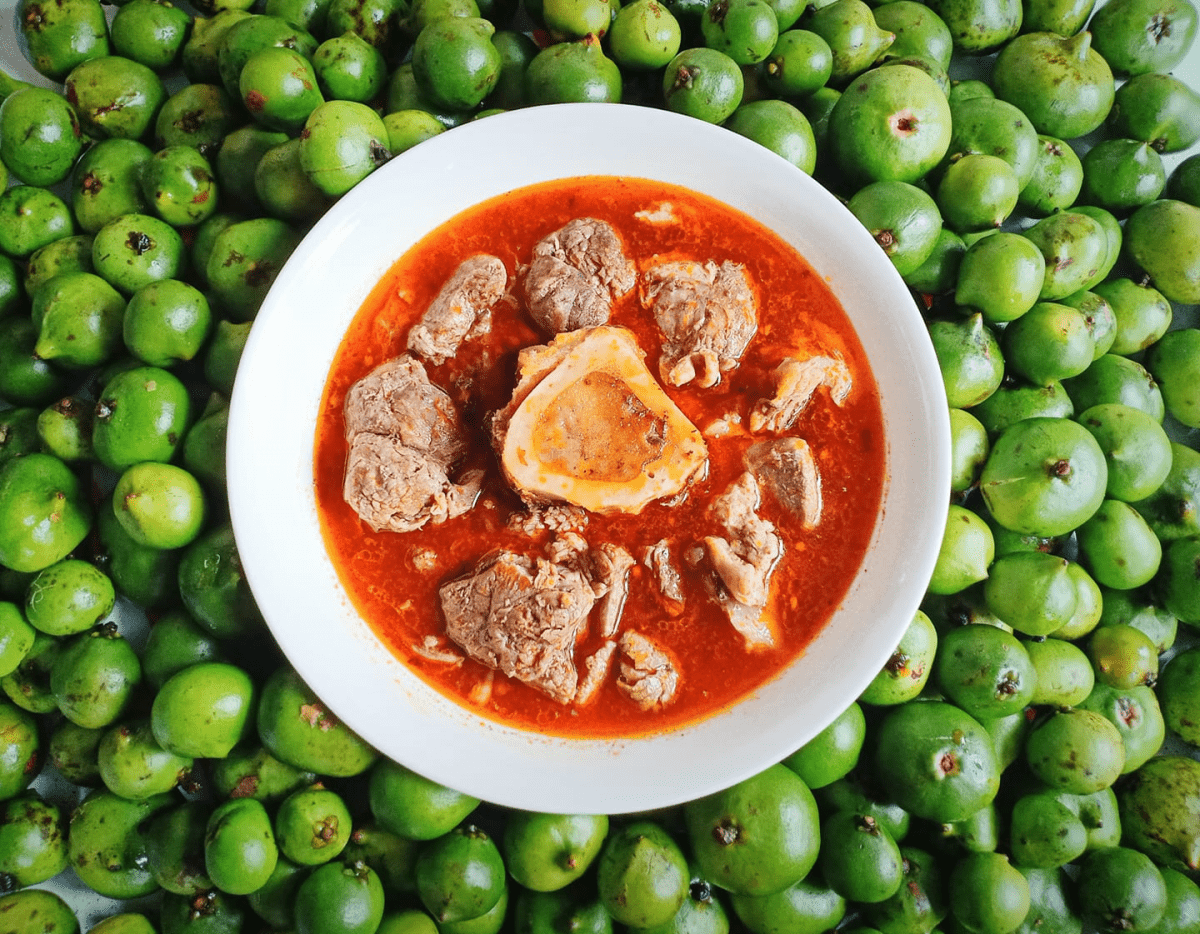 Cansi is the Ilonggo version of Bulalo and Sinigang combined into a unique flavor. Which added  with batuan, an ingredient found only in Bacolod, resulting in the mildly sour broth. Grabs yours now!

This renowned ilonggo cuisine is now accessible in Cebu, allowing you to experience bulalo in a whole new perspective! Cebuanos can get a warm bowl of Cansi for P350, and for an extra P70, they can get more bone marrow. Their bowls are large enough for two to three people to share. 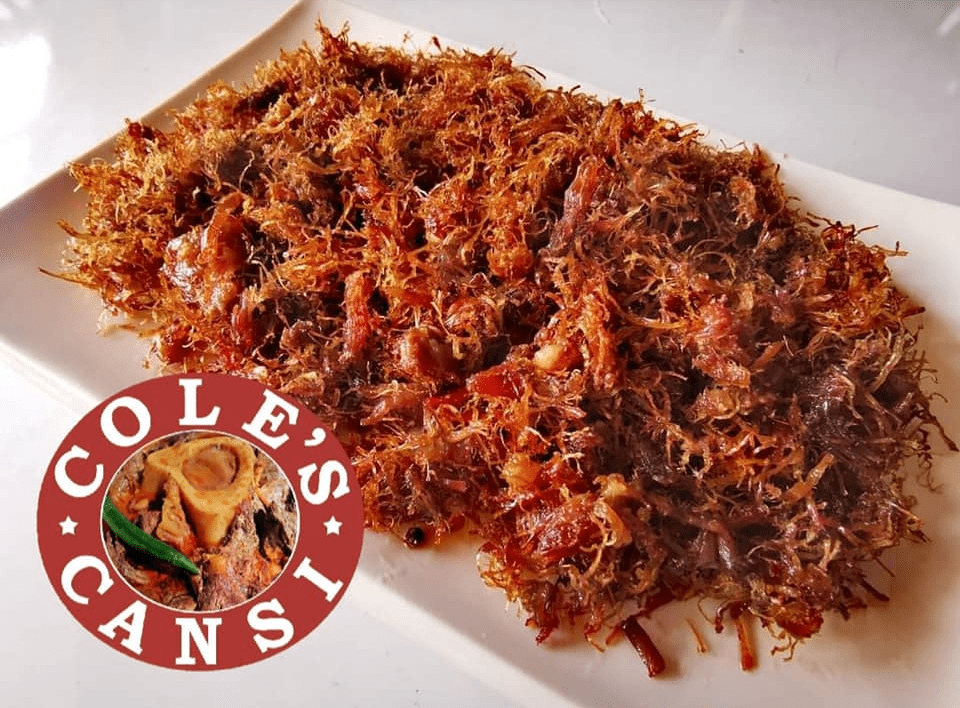 Another famous item is Cole’s Cansi Flakes, which have a meaty, crispy, and delectable flavor! That will be your new breakfast favorite! It goes as well with a sandwich, and some nutritious vegetables, and it’s easy to preserve. 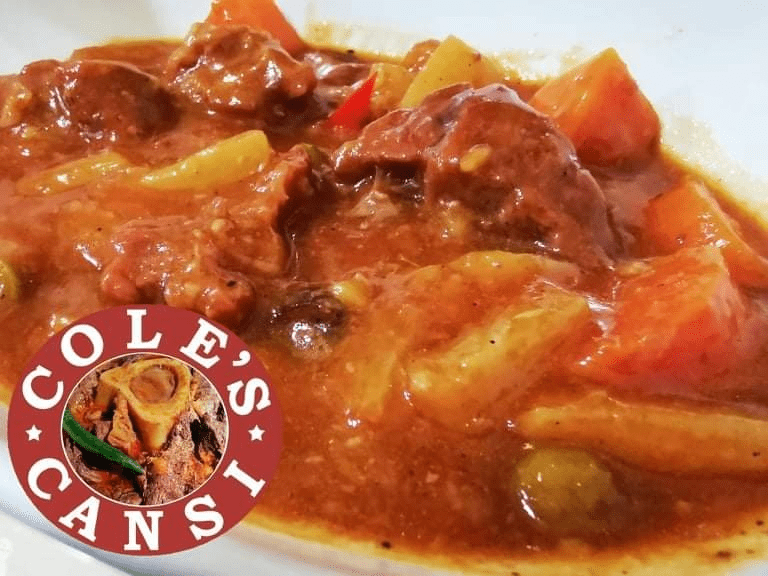 Want to dine with deep-flavored traditional dish beef stew? Cole’s Beef Caldereta stew is full of flavor thanks to the variety of spices and vegetables used, including tomatoes, potatoes, carrots, and bell pepper. 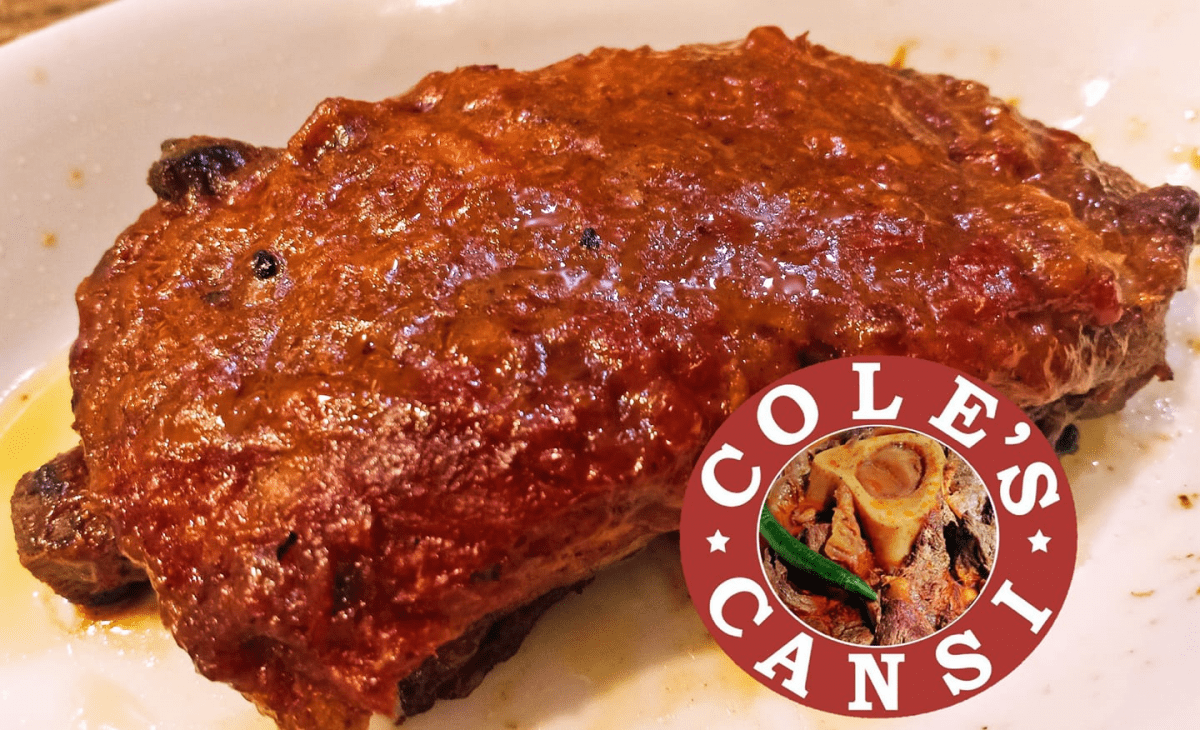 Lastly in the Cole’s Cansi Menu is Cole’s Pork Ribs! When you bite into the delicate delicious meat of the ribs, you get a delightful experience! 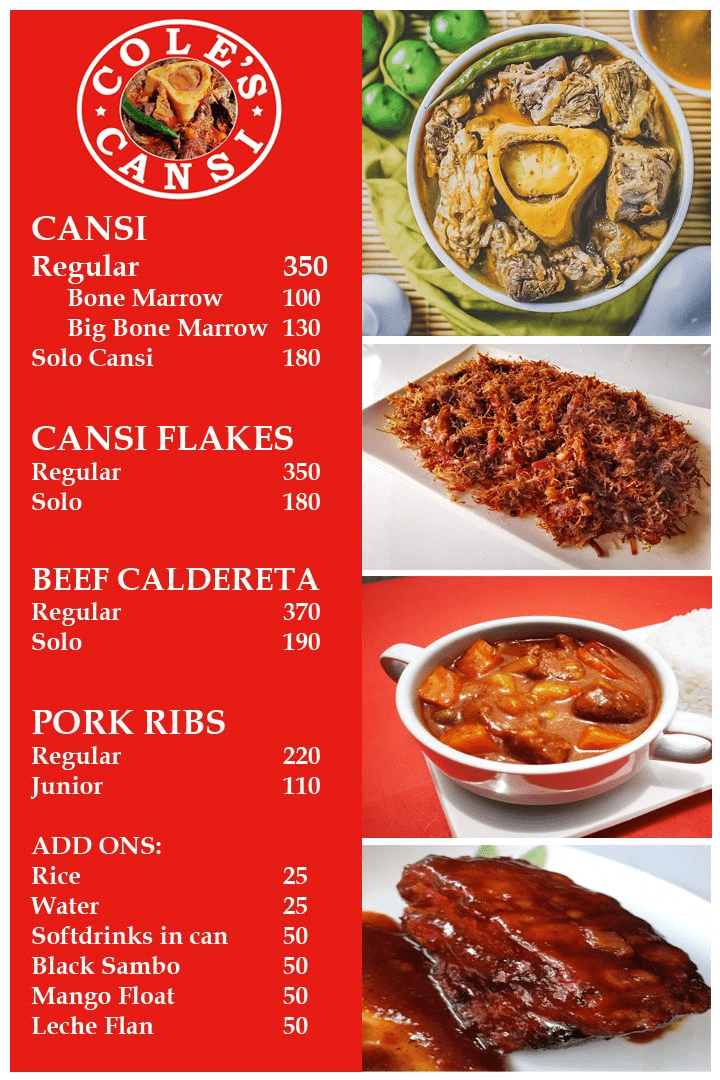 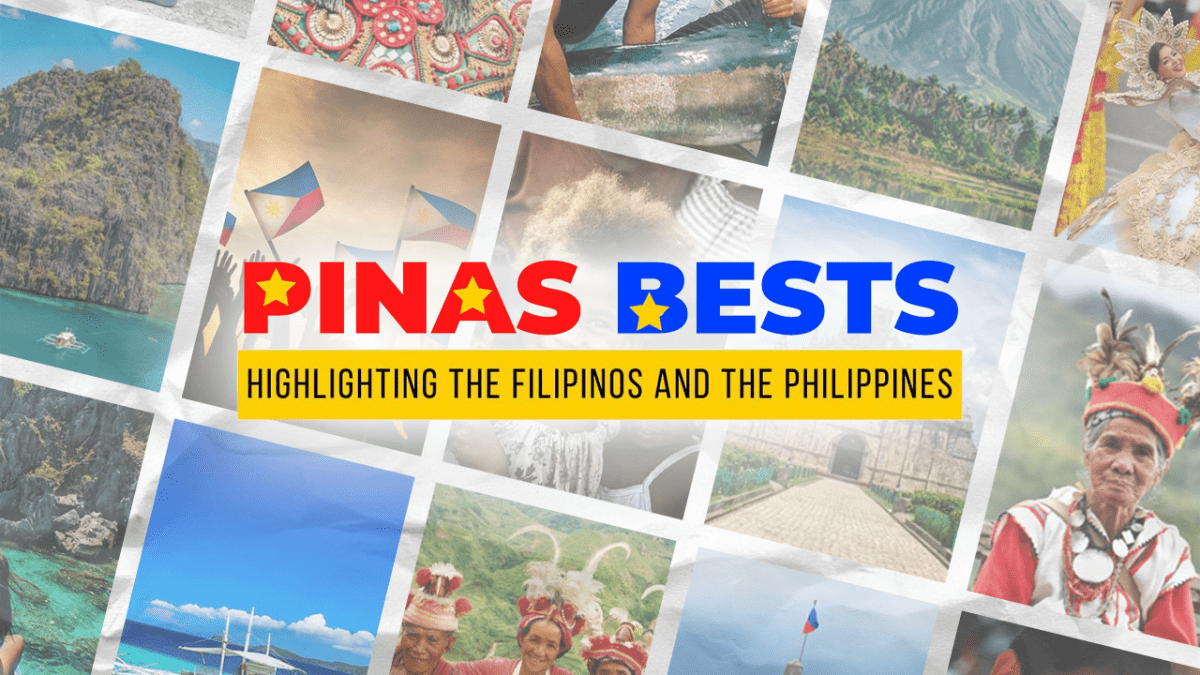 👉 Message us via m.me/PINASBESTS and we’ll showcase their talents, skills, products, and services to the world!

Hi, I'm Bea. I'm a college student at the same time an adventurous person who loves to travel. I am also outgoing and always looking for new challenges. 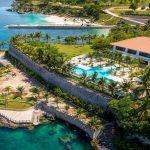 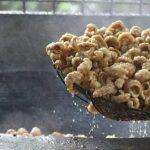