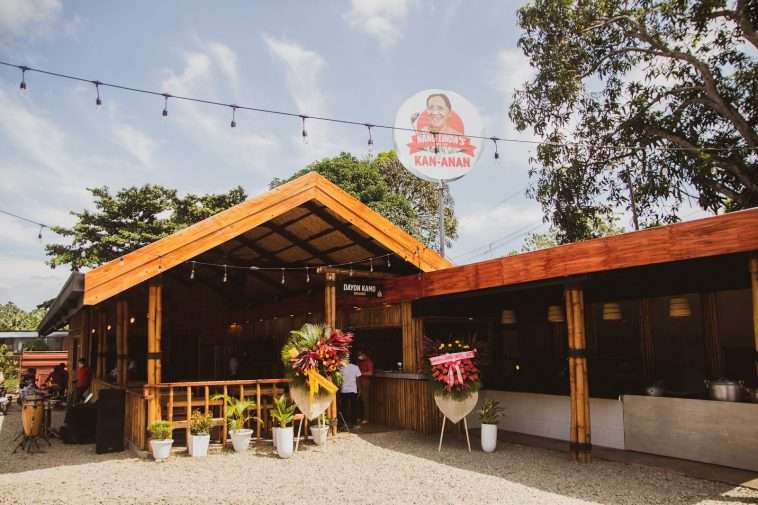 JULY 28, 2021 – LAMI, LIMPYO, LUTONG BALAY. Nang Linda’s Kan-Anan is a family-owned business of the Sangre family. Born from the local icon, Erlinda Villanueva Sangre or “Nang Linda”, she returns to continue her legacy of providing the Balambanons a taste of true and original flavors of northwestern Cebu.

In 1988, Nang Linda first opened her carinderia named “Boulevard Chikaan”. And it was a small eatery serving mainly monggos, humba, beefsteak, and chopsuey. Through the word-of-mouth and the delicious and hefty portions provided by Nang Linda herself. Her small stall became the go-to place for workers, students, and drivers in the province of Pondol.

READ ALSO: Top 15 Things to do in Cebu North


Mrs. Iren Sangre-Licera, the youngest daughter and possessing excellent business and financial skills, also having assisted her mother in the carinderia, decided to revive and propel the small eatery into a modern restaurant.

“We decided to open a modern restaurant because it is my mother’s passion and legacy to us. Although Nang Linda’s Chikaan, since its inception 33 years ago, has already touched so many and different types of people from Balamban. The legacy and passion needs to continue,” says Iren.

Although small, the carinderia greatly contributed to the welfare and financial situation of the family. Allowing Nang Linda’s seven children to have graduated from college. And provide some healthy meals for workers with her affordable and delicious pack lunches.

Together with the youngest son, Chef Jojo Sangre, the siblings made Nang Linda’s a famous destination for its meals that are “#LamiSukadSauna”.

Nang Linda led the opening of the restaurant with Manok Inasal and Liempo Chopping, together with the people who contributed greatly to its history and current success. These were Mayor Alex Binghay, Vice Mayor Alfie Binghay, and Property Owner Mrs. Concepcion Yu.

“Back in 1988, when I was first seated as Mayor, Mareng Linda had a carinderia near the old Municipal Building. We would always head over during lunch kay maoy duol og mao ray labing lami (it was near, and it also served very delicious food).

Mayor Alex welcomes Nang Linda’s return and hopes that she continues to serve her delicious putahe or meals to the Balambanons. Nang Linda’s Kan-Anan (Restaurant) was inspired from the first carinderia, Boulevard Chikaan. It is a traditional Filipino hut with a high-ceiling and is made of native materials such as bamboo and amakan. The place evokes the things that the Philippines associates with Filipino cuisines.

From its etymology, the common shape of the restaurant is a cubic rectangular or L-shaped ceiling. This helps to retain the natural air insulation qualities fused with modern-day dining of the customers. And the high-ceiling simply becomes a way to shield or provide shade from the sun. Nang Linda’s Kan-Anan restaurant offers visitors and diners two choices for dine-in or take-out. At the restaurant’s storefront, customers can find “Luto Daan” (already cooked) meals where they can either enjoy at home or choose to dine in the modern-carinderia style al-fresco restaurant.

The choices range from dishes made from pork, chicken, beef, goat, fish, soup, vegetables, and sinugba. These choices can also be ordered for dine-in. As for the short orders, diners would not be disappointed in finding their beloved meals such as sisig, manok bisaya, humba platters, and more!

Nang Linda also offers sweet cold beverages such as shakes, mango tapioca, and pitchers. Plus, the Filipino favorite dessert, Biko in a Tub.

Whenever you are in Balamban, remember to stop by at Nang Linda’s Kan-Anan! You can also order your meals for dine-in, pickup and deliveries! Simply message them on their Facebook page! Taste the #LamiSukadSauna restaurant of Nang Linda today! 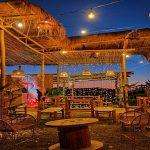 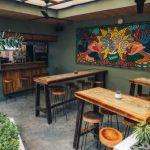