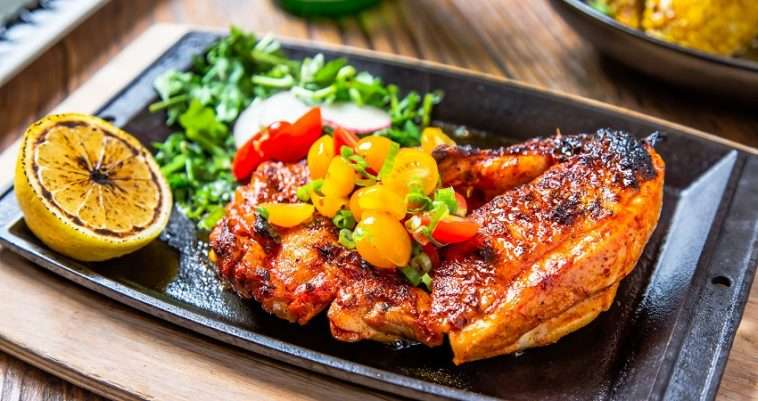 Situated just at the northwestern part of Cebu, you can find the “Shipbuilding Capital of the Philippines”, Balamban! The town offers a lot of beautiful highlands, plenty of rich history, and delicious cuisines! But what are these local food favorites to try in Balamban, Cebu?

Other than its famous Balamban liempo, that’s such a tender and melt-in-your-mouth experience. What are the other gastronomic choices we can find in this area of the Queen City of the South? Here are the…

Top 15 Local Food Favorites to Try When in Balamban, Cebu

Thanks to the huge shipbuilding industry located in Brgy. Buanoy, Balamban has become an industrial municipality that’s bustling with traffic from the north, to the south of Cebu. And passing by this bordering area, just what local food favorites should we expect to find? Associated with “long life”, Bam-i is a Southeast Asian cuisine that’s referred to as the “birthday noodles”, it is a festive food that’s easy on the stomach for travelers and visitors who are looking for a full meal with bits of pork, pig liver, vegetables, and seafood!

Bam-i is a platter that’s perfect for lunch, afternoon snacks, and dinner. It is a full meal by itself which locals would agree is best served with bread and soft drinks! Kinilaw or “eaten raw” has quite a complicated history. Unlike sushi, Kinilaw is served with a souring agent and condiments. It is also served best when the vinegar has yet to thoroughly seep into the fish or in this meal, oyster or shells.

The vinegar, along with some spices, is used to neutralize the fishy taste and acidity before serving. It is also native to the Philippines whereas early as the 10th and 13th century AD in Butuan, it was uncovered that remains of fruits and fish bones were cut in cubes which indicates that the cooking process is at least a thousand years old.

So when you see Kinilaw, be reminded that this dish is a surviving way of life, that we still practice, and is indisputable evidence of nature’s abundant bounty. Moving on to a Spanish-influenced dish, is a version of the original Lechon, the crispy deep-fried pork belly, Lechon Kawali!

Originally, Lechon is about skewing a whole pig using bamboo and roasted over charcoal. But for Lechon Kawali, you begin by boiling the meat in salted water and other spices to taste until it becomes tender.

You let it drain, dry, and cool. Before you deep fry it in hot cooking oil until the skin turns crisp which gives you the crackling effect on the skin. For this to work well, you’ll need a good cut of pork where the fat and meat are well distributed. In the Philippines, there are many different types of dried fish to pick from and each Filipino has its favorites. Trust us when we say– If you want to make Filipinos happy, salubong them with dried bolinao. This kind of delicacy may give off a bad and stinky odor but wait until you dip it in a hot oiled pan, you might reconsider.

So, if you’re looking for a uniquely Filipino dish, try the Dried Bolinao. It may not look appetizing on the outside, but dip it in vinegar, the halang-halang type, and the taste will not disappoint you. Daing na bangus is the ideal lunch and breakfast for most sour-lover Filipinos. In simple preparation, this delicacy is a marinated milkfish in a combination consisting of vinegar, crushed pepper grain, garlic, and salt. Hot pepper can be added to make it spicy, such as cayenne powder. Usually, it is marinated overnight so that the ingredients will bite the meat and then you can fry until its final crisp. Tenth on the list of Top 15 Local Food Favorites to try in Balamban! Sizzling Gambas is a meal of shrimp that is both a snack and a major dish. After Spanish colonization, the Gambas is one of the dishes that the Filipino people have been able to inhabit, also making some varieties of it and making it more tasty and satisfying.

Well, the “Sizzling” adjective on the other hand refers to the presentation of shrimps. To make the food more appetizing and interesting to consume, it is placed in a heated metal plate, known as chipboard, or fajita plate. Most Cebuanos are fond of experimenting with dishes, achieving a type of food that will remind us of something unexplainable. Well, from Visayas and Mindanao perspective we call Tinolang isda as “Tinuwang Isda”, as a means of simple broth that can be enjoyed by the whole family at any time of the day.

As far as we know, in cooking Tinolang isda there is no actual specific fish to use. You can use any type of fresh fish for the soup. Lemongrass and tomato are the two main ingredients that you should not miss, lemongrass gives your throat the right amount of tangy taste while tomatoes make the taste sour and balance the sweetness and acidity that will compliment the taste. Paksiw na isda is a fast, easy seafood dish which, it says, is a common daily dish prepared by Filipino households. Well, the Philippines is rich in bodies of water, the reason why we cannot use a particular fish to paksiw.

For most commercials and advertisements, the Bangus or Milkfish is mainly used in cooking. This food is not difficult to prepare, just about 2 to 3 ingredients to mix and sometimes if you want to be extra you can add more. Vinegar, sili spada, a little water, and seasonings. Almost down to one of the Top 15 Local Food Favorites to try in Balamban. Your favorite soup especially during the cold and rainy season, Nilagang Baboy. Nilagang Baboy is one of the easiest recipes to create in the Philippines. While it all appears easy to perform in the recipe, you must pay particular attention to the texture of the pork to make your Nilaga succeed. Ensure that the pork is tender enough time. This implies you have to cook it for an hour.

When in Balamban, make sure to try their Nilagang Baboy. It’s perfect for a place with a cold and foggy weather. Have you wondered about the origin of this local food? Well, Nilagang Baka is a cuisine that has long been cooked by people. Indeed, long before the colonial era, it arrived in the Philippines, when the Austrons brought the method of boiling food. And as such, folks were thinking about boiling their beef, including some spices.

Nilagang Baka and Nilagang baboy are not far from each other. In fact, it’s just the meat being used in the soup. Both are best paired with rice. Filipino cuisine is so enormous in each region that they have produced unique local cuisines. The Spanish-inspired Visaya cuisine, creamy and rich plates of the Bicol region, and the thrifty food of the Ilocos each have a special character. Well, to our top 5 on the list is none other than, Balbacua.

The name “balbacua” of the meal originated from the Spanish word “barbacoa,” meaning to roast meat on open fire for several hours very slowly. Perhaps because of the time spent cooking it was dubbed balbacua by our forefathers. This local food is mainly made of oxtails, saba banana, and white bean slowly cooked in tomatoes, peanut butter, and paste from black bean. Kalderetang Kambing is a tomato sauce cooked with goat meat, specifically the Chevon,  an adult goat flesh often utilized. Meat is sautéed into tomato sauce, then sautéed with garlic, onions, and tomatoes until soft.

Kalderetang Kambing is generally served during important events such as city festivities and birthdays. It is also good for a drink as pulutan and ideal when you have a beer. Manok Inasal is a unique Filipino grilled chicken that is originally in Bacolod and became the signature dish of the entire Visayas. As years and years pass by, Filipinos always come up with new ideas and creative ways of making varieties and exceptional flavors of Chicken Inasal.

Well? Satisfy your Manok Inasal craving! This dish is one of the most popular Balamban plates, a grilled chicken platter. Chicken inasal is done by marinating a whole chicken in a unique blend of spices and flavors plus the secret recipe of Balamban. Two flavors in one that Filipinos really adore– sweet and savory.  Well, according to foxy folks, it is believed that Humba was introduced by Chinese immigrants and was adapted by our Bisaya folks.

Humba is always perfect to serve on every occasion. Trust us! Fiesta-goer will go mad if this is not on the menu. Take it from us, we’re a huge fan of this sweet stew. Another type of dish in the northwest province of Cebu that continuously dominates the entire Visayas, Balamban Liempo. For some history, the term Liempo is of Chinese origin but just their famous Balaman manok inasal, each generation that passes grew up to develop their own twist on the dish making their own style and crafts of using herbs and unique ingredients.

Do you believe that Liempo is tastier compared to Lechon? Well, coming from a Cebuano perspective, yes. Lechon is grilled whole while Liempo is chopped, so, basically in simple logic, recipes and ingredients will more easily bite into the meat than a whole. This is the reason why it’s on the top one of the local food favorites to try in Balamban. 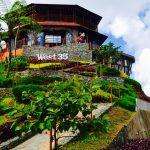 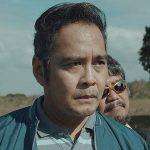