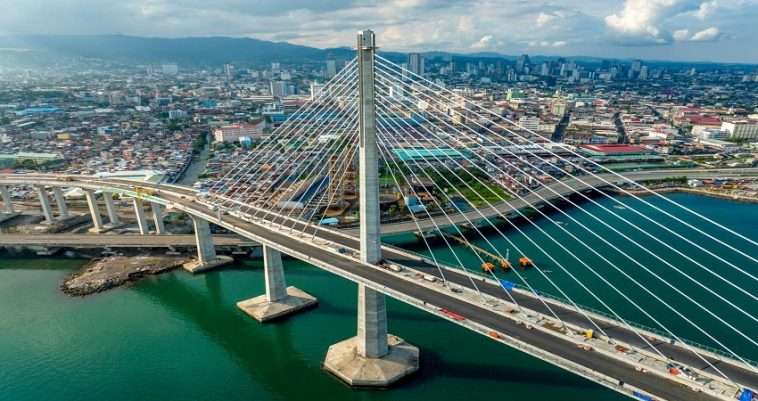 The Cebu-Cordova Link Expressway (CCLEX) is the country’s longest bridge, notably in Cebu City. Its goal is to increase access to Mactan-Cebu International Airport and provide a speedier connection for both business and leisure travelers. Here are the amazing facts about CCLEX that we know so far! Let’s get to know more about the new iconic landmark in the city by reading…

Here are the Amazing Facts that you should know about this massive infrastructure.

CCLEX is the The longest and highest bridge in the Philippines 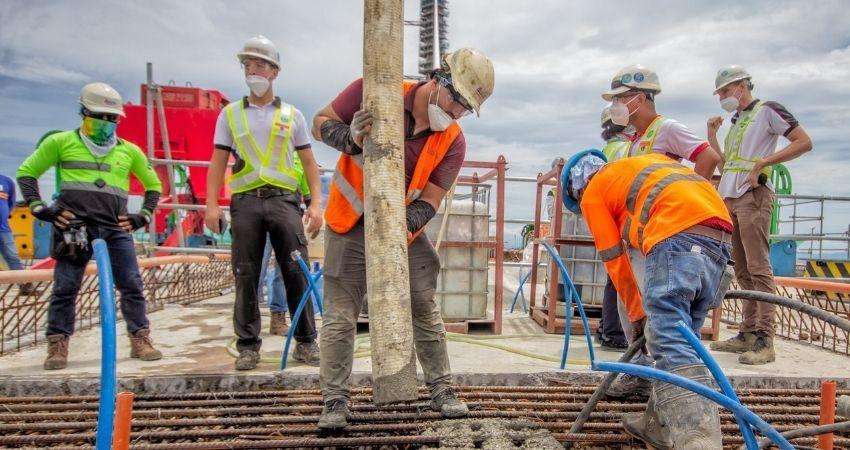 Cebu Link Joint Venture (CLJV), a partnership made up of Acciona, First Balfour, and DMCI, constructed the Cebu-Cordova Bridge.

The deck of the bridge was built with a unique “Underslung form-Traveler,” which was created and assembled using the latest technology and allowed complete portions of up to 7.15 meters to be installed.

The foundations of the Cebu-Cordova Bridge are up to 60 meters deep and were created using concrete piles in the seabed and coordinated by Acciona to withstand extreme natural events such as earthquakes, typhoons, and tsunamis.

The two towers of the main bridge are “vessel collision-proof,” and the back spans, six on the Cordova side and six on the Cebu City side have multi-directional bearings. These energy-absorbing mechanisms protect the bridge’s structural safety and stability during an earthquake.

CCLEX’s 8 iconic crosses; A symbol of hope, progress, and achievement 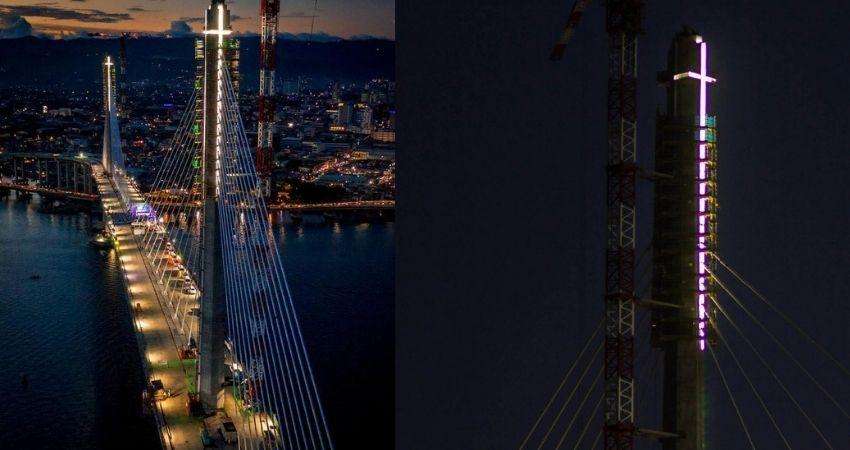 The crosses atop CCLEX’s main bridge pylons are paying tribute to the Cebuano’s deep Catholic roots and its construction just in time for the 501 years of Catholicism in the Philippines.

Metro Pacific Tollways Corporation (MPTC) Chairman Manuel “Manny” V. Pangilinan said that these crosses would light up Metro Cebu’s skyline, serving as beacons of hope and development,
emblems of accomplishment, and a source of pride.

A 1.5-meter dedicated bicycle and pedestrian lane were installed on both sides of the toll bridge. CCLEX also has a Road Weather Information System (RWIS) that could provide a precise forecast of the local weather system.

It’s essential to consider the expressway’s safety during bad weather because winds and heavy rains might be harmful to cyclists and pedestrians. 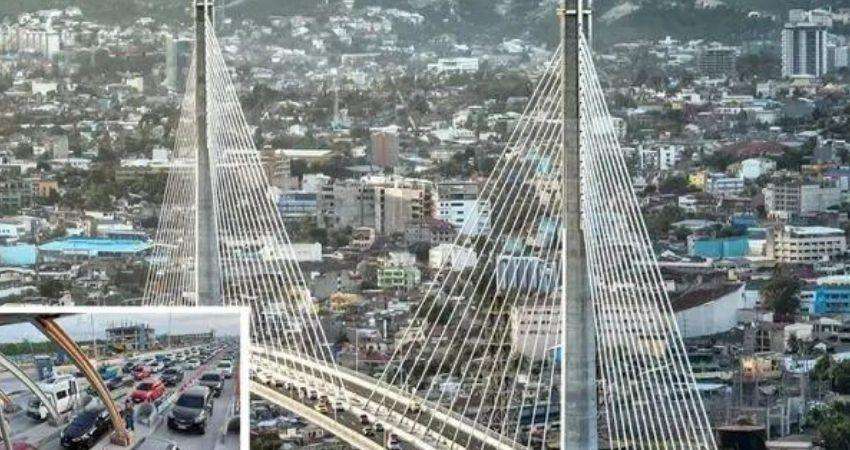 Regularly, the CCLEX is intended to accommodate at least 50,000 vehicles. As a result, the project was thought to have two impacts. It will initially reduce traffic congestion on the first and second Mactan bridges. Second, it will provide significantly faster access between Cebu and Mactan Island.

The bridge is designed for speeds between 60 and 80 kilometers per hour (kph). According to Allan G. Alfon, President and General Manager of the Cebu Cordova Link Expressway Corporation (CCLEC), safety and driving requirements will be carefully applied and observed at the CCLEX. 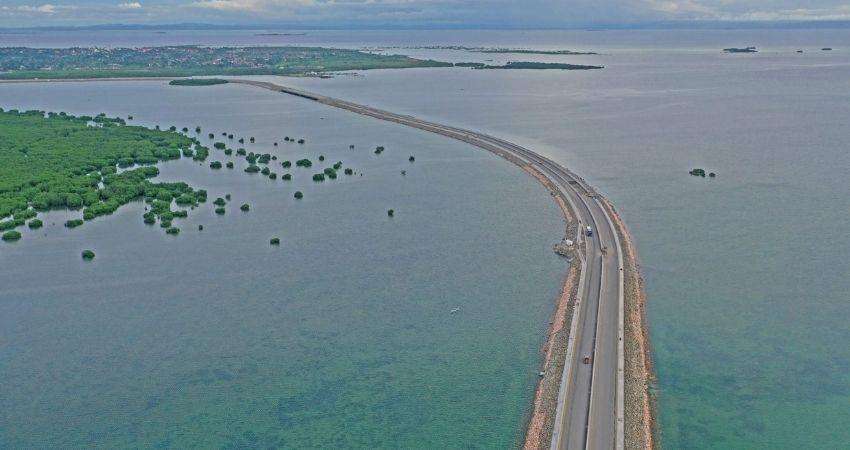 The CCLEX is helping to preserve the traditional way of life. For centuries, fishing has provided the people of Cebu City and Cordova with a livelihood and sustenance, relying on the diverse marine ecosystems of the sea. The CCLEX created a “fishermen’s bridge” near Cordova’s fishing hamlet, as well as other smaller bridges spaced between the causeways to allow the Banka (traditional fishing boats) to cross. The structure was built with sufficient clearance and channels to allow local fishermen and their boats access to their customary fishing areas.

As part of its Shore It Up campaign, the Cebu Cordova Link Expressway Corporation (CCLEC) and its parent company, Metro Pacific Investments Corporation (MPIC), are also building a Mangrove Propagation and Information Center in Barangay Day-as. It is hoped that the Mangrove Propagation and Information Center will aid efforts to grow ecotourism in the area according to the information of National Geographics.

The ceremony commemorates the 501st anniversary of the historic battle of Mactan, in which Mactan warriors headed by chieftain Lapu-lapu fought the Spanish armada led by Portuguese explorer Ferdinand Magellan. CCLEX bridge was inaugurated by no less than the President Rodrigo Duterte on April 27, 2022.

CCLEX, is also know as the Señor Sto. Niño Bridge 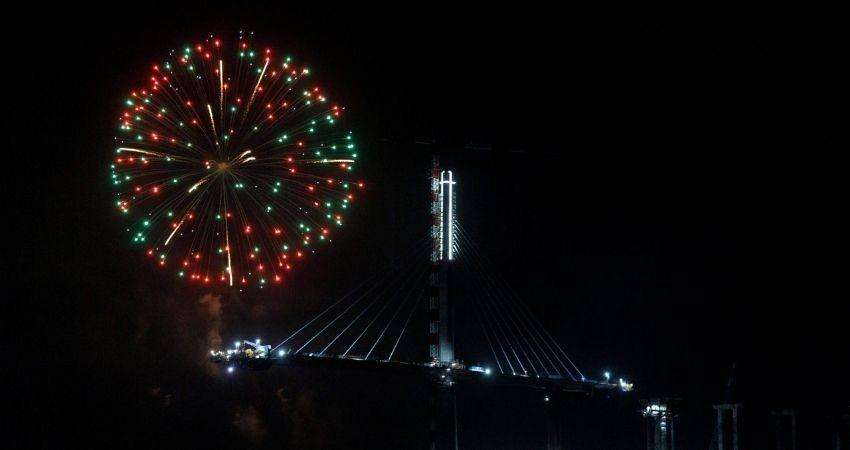 In 2019, Cordova government pushed for the naming of the bridge from CCLEX to Santo Nino Bridge in commemoration of the 500 years anniversary of Catholicism. Awaiting congress consideration, it is also now known as the Senor Santo Nino bridge to locals.

Cebu-Cordova Link Expressway (CCLEX) is putting Cebu and the Philippines in the global map of infrastructures. This is a project that Filipinos should be proud about. 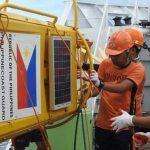 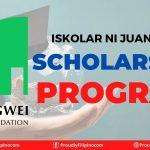