Vibo Group of Companies, under the leadership of visionary and entreprfeneur Gerardo V. Borromeo, is pleased to bring Cebuanos the city’s newest lifestyle destination: VIBO Place.

This two-two hectare development, which is located along Escario Street, just across Capitol Parish, is a community that houses a variety of establishments including Cebu Grand Hotel, The Apartelle, CAIAA Center, and the recently-launched AXIS Entertainment Avenue.

This address, then called Cebu Capitol Commercial Complex, was established in 1970’s. Through the years, many companies have called this address home. IN 1980’s, Gardenia Restaurant and Ballroom was sought-after haven for great food and nightly entertainment. Red Tomato, which opened in the early 2000’s, was patronized for its authentic Italian cuisine offerings. A number of airline ticket officers and other corporate workplaces were also located here.

Cebu Grand Hotel, a 100-room business hotel, continues to provide its signature warm and world-class Cebuano hospitality with its President Ma. Camille B. Suarez and General Manager Carlo Anton B. Suarez at the helm.

The Apartelle and CAIAA Center, which has its own set of tenants, are managed by General Manager Ian Martin G. Borromeo, who also heads the Engineering Division of Vibo Place.

With the current addition of AXIS Entertainment Avenue, “Vibo Place talks pride in the offering both locals and tourists a variety of dining and entertainment options, in keeping with its history and legacy,” says Marketing and Leasing Head Allen Andre B. Suarez.

Moving forward, the management of Vibo Group of Companies is gearing efforts toward completing the development of the entire area with plans to construct condominium and office towers, which are both in the pipeline for groundbreaking in 2017. 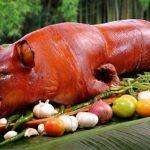