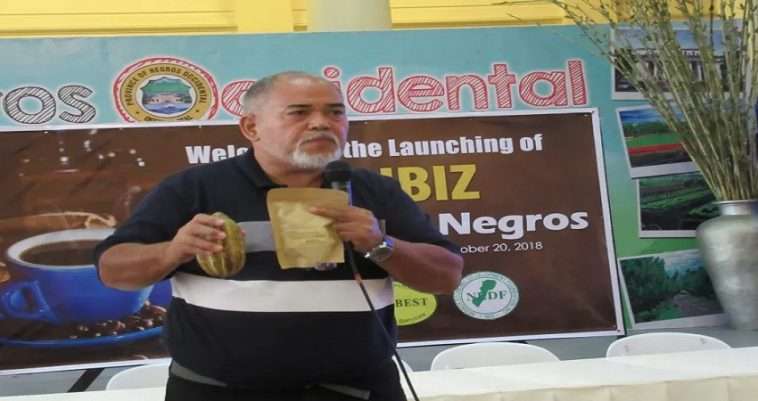 Fadriga addressing the attendees of the Negros Agribiz Kapihan.| Photo by Zacsarian

Fadriga’s criollo is one of 50 cacao bean varieties named to the “2021 Cocoa of Excellence” list, which was compiled from 235 cacao samples from more than 50 nations.

Fadriga works from his award-winning Filipino Aromatico Cacao Nursery in Bago City. He claims that these are the last of the original criollo types from Mexico, which he had to hunt out across the nation five years ago.

“What we have here is a collection of criollo cacao from Batangas, Cebu, and Siquijor,” he tells us. “We made nurseries to propagate them so that we can save them for the future chocolatiers of the country.”

Fadriga sent 14 cultivars to the competition for genetic testing, and two were found to be 99.97 percent pure criollo.

“It’s very rare to get pure criollo now because it’s very easy to cross pollinate. But because our country is archipelagic, hindi nag cross pollinate ang mga cacao that was brought here. The old gene was preserved, it maintained its purity,” the cacao farmer reports.

The quality of chocolate produced from the criollos are naturally flavorful and aromatic which made it so in demand to consumers.

Fadriga’s criollo beans sell at P500 per kilo which is higher compared to cacao from Davao which sells at P120 per kilo.

Due to small production,  Fadriga is starting to develop a 62-hectare farm in Talisay, Negros for major investors.

“It’s going to be one of the biggest in the country when it starts to operate,” he said.

The Cocoa of Excellence Programme recognizes cocoa quality and flavor diversity to improve farmers’ livelihoods and drive sustainability of the cocoa supply chain since 2009. Its vision is Excellence in the cocoa sector catalyzing multiple benefits for resilient and thriving agricultural systems at the landscape and global level. 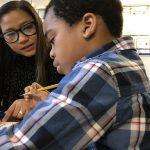 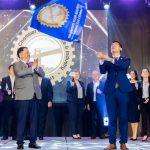