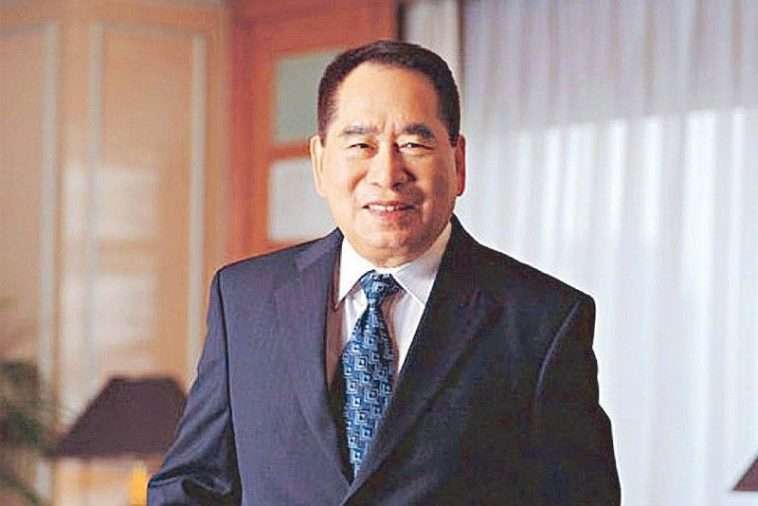 It’s common to feel a sense of awe when stories of those with power came from the humblest of beginnings. Every person’s success is a result of pure hard work, and a sprinkle of luck with it too.

Henry Sy was born on October 15, 1924, to a poor family in Jinjiang, Quanzhou, China. The family migrated to the Philippines when he was only around twelve, and on that age he started working for his father’s small sari-sari store located in Quiapo, Manila.

From a young age after starting to work for his father, he began to devise strategies that would give him bigger gains. In result of this he never got to live out his childhood youth, play with other kids, or be a kid. His determination and drive to learn commerce, along with English and Tagalog, kept him going. But of course, it wasn’t all smooth-sailing from here. When the second world war took place, their store was burned down and his father went back to China. But in a bold sense of determination he insisted on remaining, steadfastly determined to succeed here in the Philippines rather than go to China with his father.

He was shot by shrapnel one day while out selling and would have bled to death if not for his friend’s quick action in getting him to the hospital. He paid back his friend by appointing him as his business partner for the remainder of their professional lives. 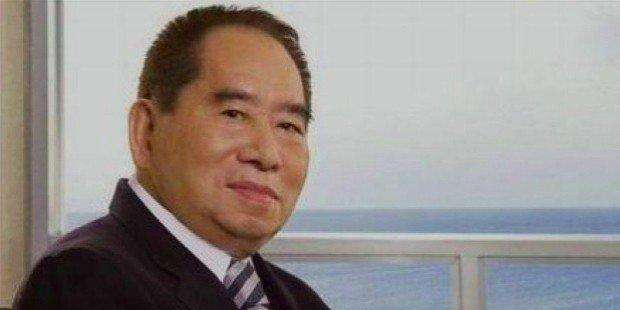 Who doesn’t know about SM? SM has too much of a presence in the entire country that you would have to live under a rock to not know about it. But first let’s talk about how it all started on SM.

Shortly after the conclusion of the second World War, Henry Sy immediately went into action. He jumped into the shoe retail business.

His business grew swiftly, and he partnered with friends to create new locations. After becoming successful with the branches, Henry made the decision to launch the first branded shoe store with air conditioning, which he named Shoe Mart (SM).

Because of how well the shop did, he made the decision to start more branches. However in this second one — the suppliers only gave him a limited stock supply. But, like a miracle in disguise, this ultimately got him to be more diverse in his merchandise. Later, with his mother’s assistance, he expanded his sales to include other items in addition to clothing. 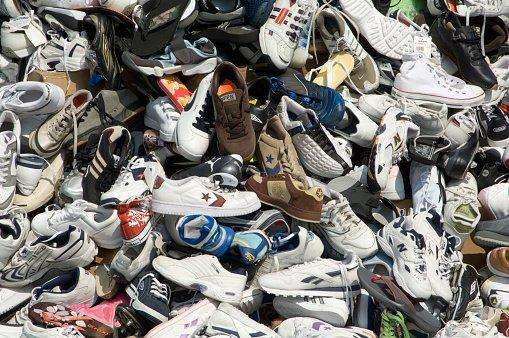 Henry didn’t let this success blind him as he kept learning from the people around him. From all his learnings he began to get more confident and bold to eventually expand to a department store chain. The biggest obstacles in his life started to manifest themselves at this point.

In 1972, during the Martial Law era, they debuted their first department store. They kept opening new stores despite the upheaval in the country at the time.

Things eventually became more difficult as the economy declined, particularly as the Philippine debt came into play and Ninoy Aquino was assassinated. Many experts had come to assume that they would fail when they took into account all of these factors plus the sudden return of his father.

Despite all of this, Henry stayed confident and ready to face all adversities with confidence and optimism. Of course, he wouldn’t forget his roots, he’s got his friends and family alongside him to fuel his drive to achieve his dream.

He experienced construction delays while creating their megamalls, and then comes, the Asian financial crisis in 1997.

They were forced to postpone and start new malls. They were expanding their business outside of retail and increasing in terms of both numbers and shop size. He founded SM City North EDSA, the first of numerous SM Supermalls, on November 8, 1985. 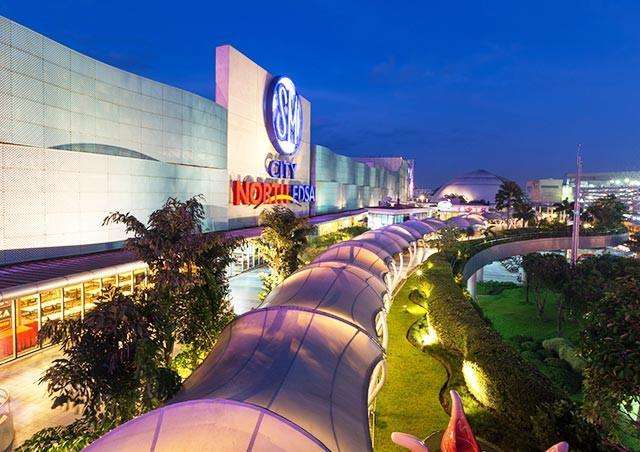 Willing to expand his influence to even more diverse areas, he then went on to try his luck in banking. In particular, their primary bank, Banco De Oro, which was then a mid-sized institution, had benefited from his assistance in reorganizing and fortifying bank organizations.

Henry acquired PCI Bank in 2006, and in 2007 the bank was combined with Banco De Oro, the third-largest lender in the Philippines at the time.

Following this pattern of striving for higher heights, he dipped his toes into the food and beverage industry by acquiring 11% of San Miguel’s stock, but he sold it in 2005 for $680 million USD. 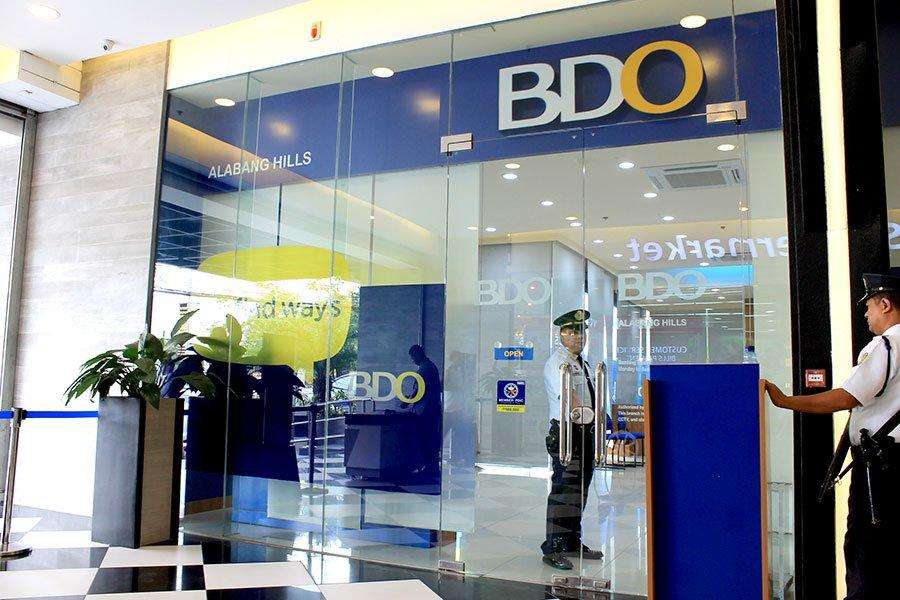 Through everything that Henry’s been through, from a humble little boy that started out young, to the big shot that he’s become in his later years, it’s hard to imagine not to feel inspired by his story, in one way or another.

He has shown to Filipinos that, despite all adversity, perseverance will pay off greatly in the end.

He has underlined the importance of having friends and family by your side when you enter the professional world. Opportunity “is where you find it, not where it finds you,” he has said.

Some of the largest rewards come from turning the difficulty of a business into an opportunity. A company must systematically maximize its performance and use its potentials in order to succeed.

We can all learn from Henry. It’s astonishing how he interacts with clients and vendors and manages to make things function according to business rules. He is a creative individual who sees possibilities everywhere.

He takes up the challenges that are brought before him and faces them head on with years of experience at his belt. Through his friends and family, he has created the biggest business empire in the country of the Philippines—and it all started with a small shoe store. Henry Sy definitely lives up to his title of being the richest man in the Philippines. 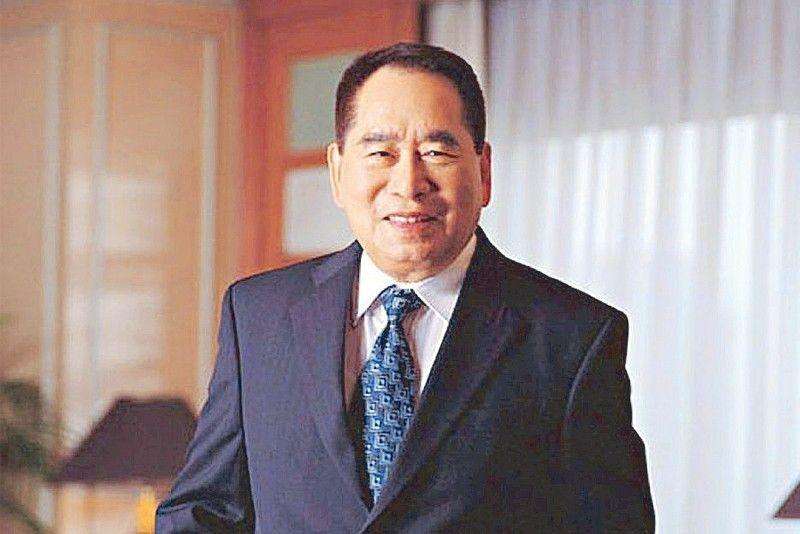 What can we learn from Henry Sy?

Seeing the feats that this legendary business man has made it’s no surprise for us to actively learn his work ethics and lessons. He left a legacy that continues to inspire so many people. The following are some of the business lessons from Henry Sy.

Sy has advised to the people that it’s best to look at things that will happen in the next 5 years, don’t do things 6 months or only a year ahead.

An example would be when the first SM Mall in China was opened in 2001 with a gross floor area (GFA) of 128,000 square meters. Following this by 2007, there were three malls in China and these have become mature enough for the Sy Family to fold the business into SM Prime 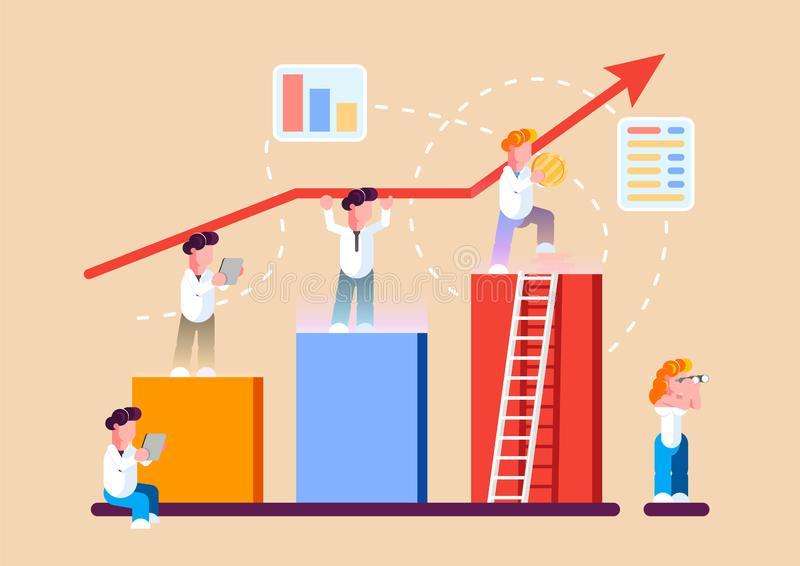 Sy has emphasized to not be afraid to think large, starting out small, and moving quickly. If you don’t, someone else will simply surpass you.

“Decisions can be made in one hour, even in one minute. If I have an opportunity worth looking into, I discuss it with the family board. That time, a decision is made: To go or not to go,” he said, adding that in the government or other corporations, decisions might take several months, even over a year. 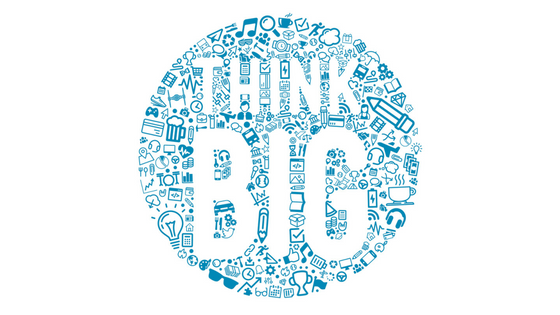 No matter how fantastic your plans are, they won’t amount to anything if you don’t put in a lot of effort. Moreover, Sy instilled a work ethic in his kids. Sy’s children are therefore just as diligent as he was, in contrast to many family businesses that fail because the second and/or third generation is unmotivated. 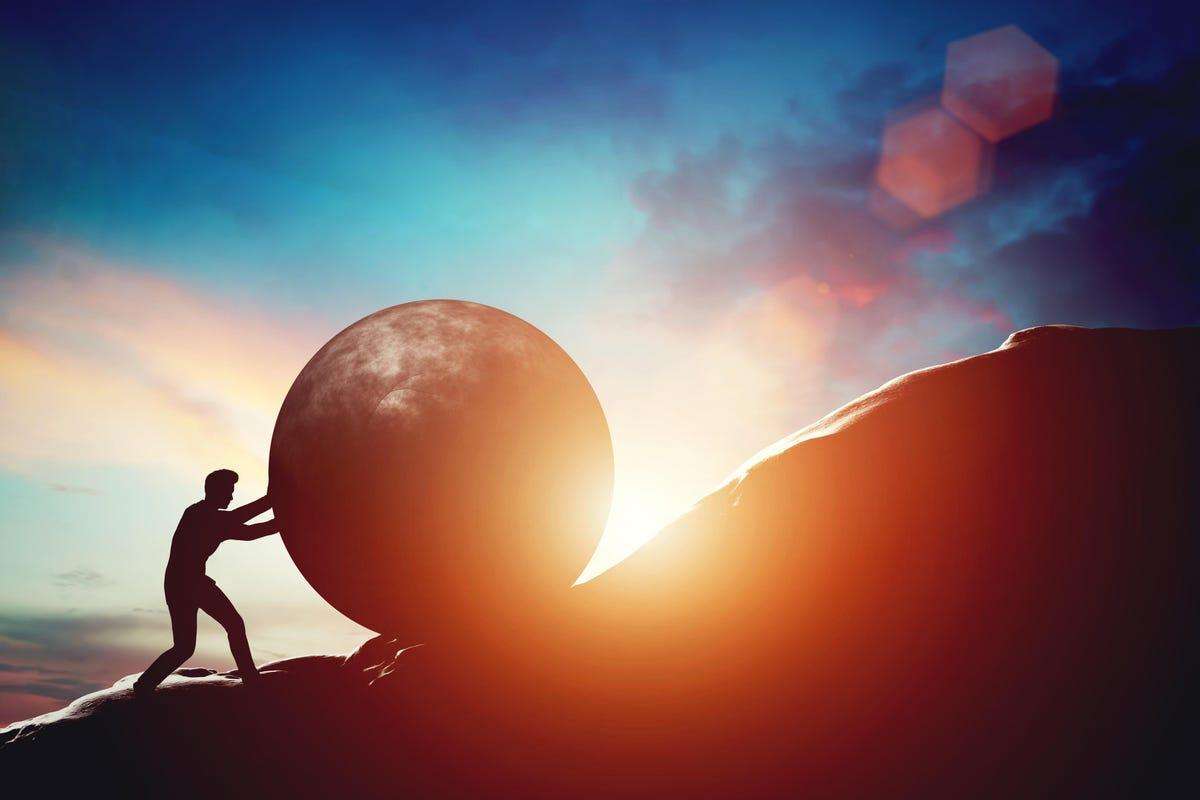 4. Think outside the box

Sy confidently said “I’m just a college graduate but I always think out of the box, because Harvard theory may not always be the best theory. You’ve got to find better ways than Harvard (formula),”

The finest example of this was Sy’s decision to buy a piece of land that was too far from the center.

Numerous real estate developers had looked at the same lot but decided against purchasing it because they believed there was little chance of making money. Sy acquired the property, erected the SM mall, and the rest is history. 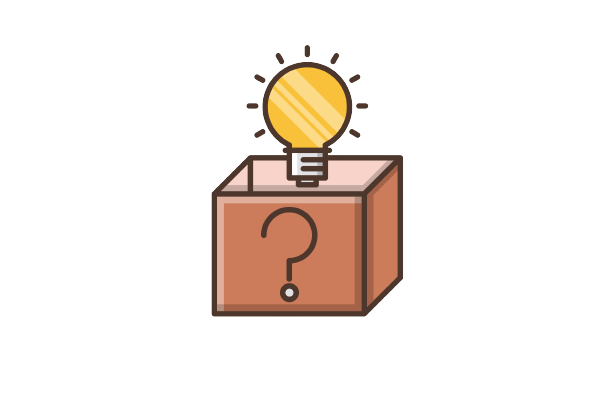 5. Be ambitious: Go for the large scale, be willing to be bold

Despite the difficult political and economic situations, Sy officially entered the big leagues when he began creating those enormous one-stop shopping malls.

In November 1985, he opened his first mall in Edsa. It was the largest of its kind at the time, measuring 125,000 square meters, and it began operations at one of the most tumultuous eras in Philippine political history. Since then, it has grown into a 424,691-square-meter mall, one of the biggest in the Philippines in the world, drawing 500,000 people on average weekends.

Sy would always encourage people to take risks with the reward for the greater future. It’s certainly only a move for the bold ones. 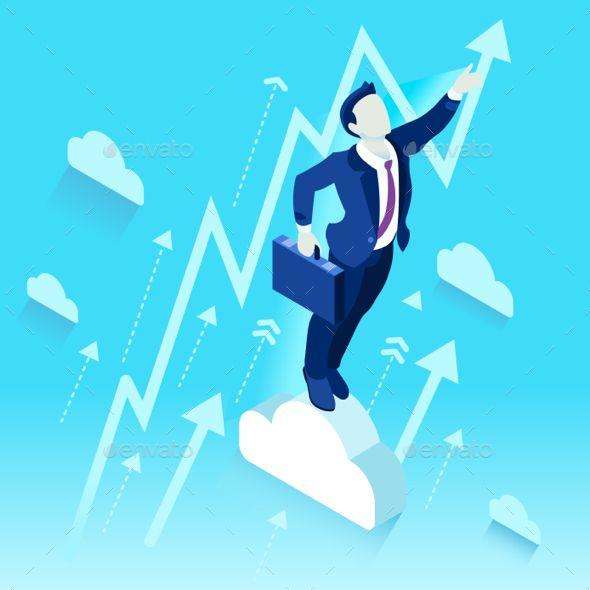 6. Focus on the customers

The malls at SM have changed as consumers have become affluent. Its architecture has changed from the original big-box style malls to include more sustainable features, landscaping, open space, entertainment areas, and cater to more affluent customers. People can now visit SM not just to shop and eat but also to renew their driver’s license, get a haircut, visit the doctor, get a massage, learn to ice skate, hear mass on Sundays, and more in the midst of the city’s lack of open parks and plazas. Even with his small companies, Sy aimed to dominate the industry. As a result, SM Development Corp. became one of the biggest real estate companies, and SM malls naturally became the biggest and most well-liked malls in the nation. Savings bank BDO also grew to become the largest bank in the nation.

Going public is largely responsible for SM’s success. First to go public was SM Prime in 1994, then BDO in 2002, and SM Investments in 2005.

“If you want to move ahead, let’s go public. Use other people’s money. By going public, you can get as much as 30 times of your income. Use that money and go public, then you can move faster,” Sy said. 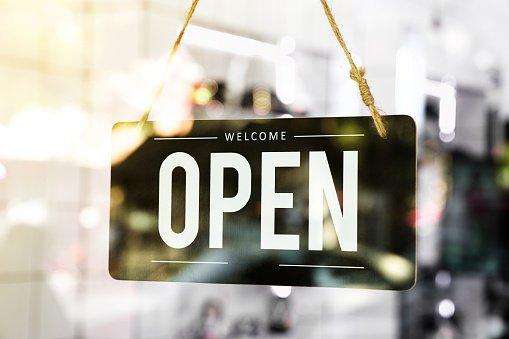 Any corporation that is publicly listed is also held to a higher level of corporate governance, transparency, and accountability. 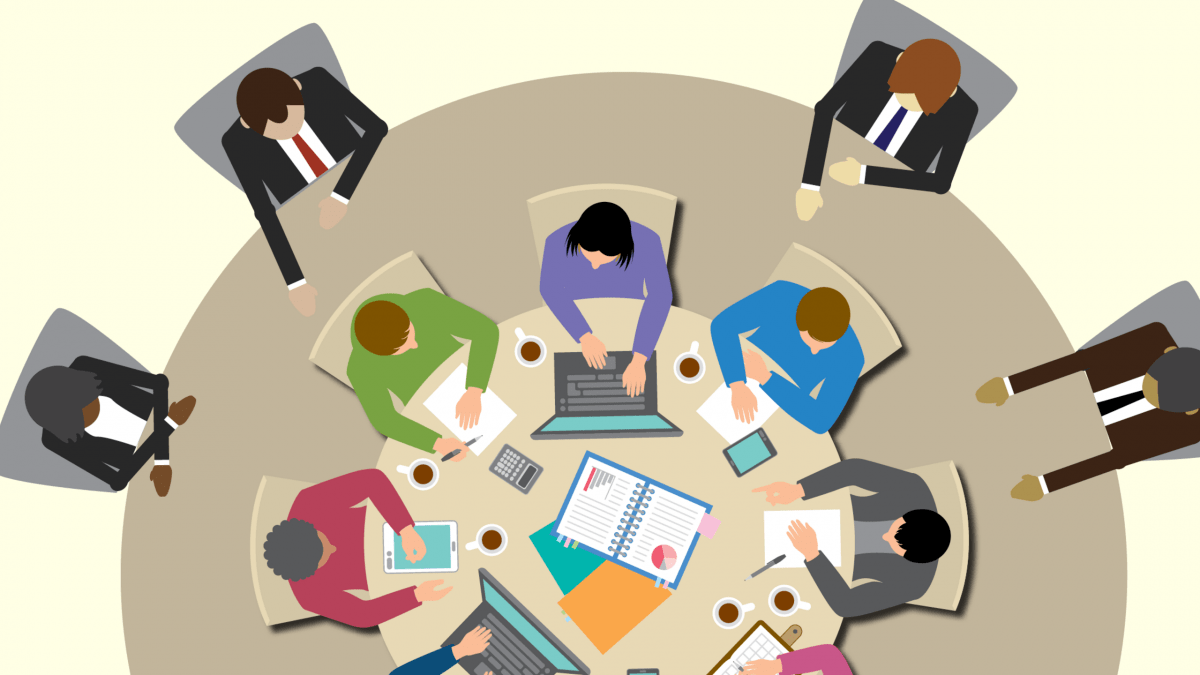 He said “If you say you’re going to build 10 malls a year, make sure you open 10 malls a year, because investors, especially the foreign investors, they’re not here. They don’t know what’s going on. They only believe what you say. But if you fool around, that’s the end. Nobody will believe you, nobody will invest.”

What inspiration is your take-away in this article? Share it to us now…

By the way, Read Also: 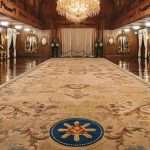 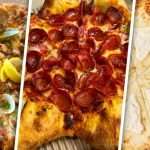