Siquijor, the island is the third smallest province in the Philippines with a total land area of 343.5 square kilometers and was called Isla de Fuego or the “Island of Fire” during the Spanish era.
Siquijor is located in the Central Visayas region. To the northwest of Siquijor are Cebu and Negros, to the northeast is Bohol and to the south across the Bohol Sea is Mindanao.
Among Siquijor’s many attractions are caves, waterfalls, coral reefs, and white sand beaches that make up most of its 102-kilometer coastline.

SAGING  FESTIVAL (Lazi) – Recognizing the importance of saging (banana) in the lives of the people with its many uses, the legend of how this plant came to exist is depicted a few days before the town’s fiesta on May 15. The Saging Festival is also done to showcase the variety of bananas.

PAMUKAD FESTIVAL, (Enrique Villanueva) – Expressing greatness, joy and thanksgiving for the bountiful catch of fish through the intercession of divine power, the Pamukad demonstrates the different fishing routines and rituals of local fisherfolk. The festival is held on the second week of July every year.

BUGWAS FESTIVAL, (San Juan) – In honor of their patron saint, St. Augustine, the festival is the San Juanians’ way of celebrating an abundant harvest. “Bugwas” means a spurt of water coming from an underground source, which the locals credit for their plentiful harvests and catches.

FOLK HEALING FESTIVAL, Every Holy Week (Mt. Bandilaan View Park) – This is a time when herbalists all over the Visayas and Mindanao come to Siquijor to participate in the preparation of concoctions believed to have effective healing powers. Ingredients including tree bark, roots, herbs and insects are gathered on Good Friday from forests, caves and cemeteries. Preparation takes place on Black Saturday where the herbalists crowd together in a circle and cook their mixtures. They are also famous for producing love potions known to charm people and bring good luck.

ARAW NG SIQUIJOR AND SOLILI FESTIVAL – A traditional marriage ritual practiced by the Siquijor people, the Solili dance gained recognition and is well-applauded in the country’s tourism showcases. Solili is also the dominant festival in the showdown of festivals highlighting the celebration of the “Araw ng Siquijor” on September 17 every year.

LUBI FESTIVAL (MARIA) – A joyful expression of thanksgiving in honor of the patron saint Our Lady of the Divine Providence for a bountiful harvest and blessings received from the “tree of life”, the coconut tree. Held every 21st of May, the dance contest portraying the festival is one of the highlights of the town’s fiesta celebration.

DILAAB FESTIVAL 1st of October (Siquijor) – “DIlaab” means “flaming”, which is taken from “Isla de Fuego”, as the Spanish called the island. The festival celebrates the bounty and natural beauty of Siquijor, and the locals’ reputation for being hospitable. It is also done to honor the town’s patron saint, St. Francis of Assisi.

SALAGDOONG BEACH
Maria- A long time favorite among locals for weekend beach picnics, it is an idyllic hideaway tucked in a cove just six (6) kilometers northeast of Maria. Fine white sand covers the shoreline and a nearby islet provides a good vantage point of the beach front area. 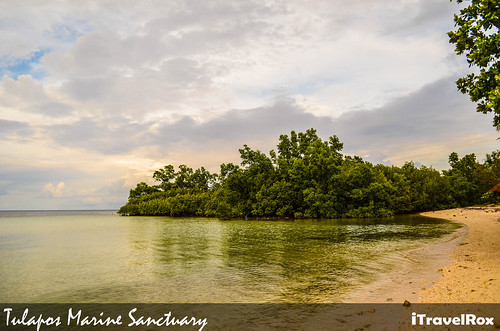 TULAPOS MARINE SANCTUARY
Enrique Villanueva – Considered as one of the biggest and oldest existing sanctuaries in the province of Siquijor, this sanctuary contains abundant species of fish, corals and other underwater marine life.

CAMBUHAGAY FALLS
Lazi- The most famous falls in the island, Cambuhagay is secluded and relatively unexplored. Trekkers will want to stop by for a refreshing dip.

KAGUSUAN BEACH
Maria – Noted for its picturesque seascape and rock formation, it is situated below a cliff and accessible by a concrete staircase.

BANDILAAN NATURE PARK
Located in the center of the island province of Siquijor, the park is home to numerous endemic fauna and flora. Attractions in the area include a shrine of Our Lady of Lourdes, The Way of the Cross, five natural springs, caves and a butterfly sanctuary.

PEANUT BRITTLE
A treat  mainly made of peanuts and sugar with a crunchy, melt-in-your-mouth texture.
LOMBOY WINE (JAVA PLUM WINE)
A great alternative to red and white wine, Lomboy wine is a famous drink in Siquijor.
MILK
Fresh cow’s milk produced in the island of Siquijor is a favorite among the locals.
HANDICRAFTS
Discover the unique handicrafts of Siquijor including handbags, home decors, baskets and more.
BANANA CHIPS
Raw Banana slices deep fried to golden brown and coated with sugar and honey.
TORTA
A type of sponge cake popular as a sweet snack in the province.
SIQUIJOR AMULETS
Amulets from Siquijor are said to have mystical powers that remedy problems from financial to physical and mental.
LUMAY (LOVE POTIONS)
Believed to attract the user’s object of affection, lumay (love potion) can be mixed in drinks or worn clothing. A mere sip or sniff by targets will turn tables around in favor of the user.

Siquijor – A Spanish period church made from stone, cruciform and nipa roof, with an adjoining convent made of stone. The bell tower stands separately across the plaza, suggesting that the tower also served as a defensive structure to warn the people of approaching danger.
SAN ISIDRO LABRADOR CHURCH AND CONVENT
Lazi – Built in 1884 through the supervision of Recollect Friar Toribio Sanchez, the church was built using indigenous coral stones and local hardwood. It was declared by the National Commission for the Culture and the Arts (NCCA) as one of the Most Outstanding Heritage Churches in the Philippines and declared a National Cultural Treasure by the National Museum.

Larena – Constructed by Father Gaudencio Marquez, the hexagonal bell tower is made of coral stones and rubble.

San Juan – Dedicated to the patron saint of the municipality, St. Augustine, the church was erected in 1863 and is made of tabique.
OUR LADY OF DIVINE PROVIDENCE CHURCH
Maria – It is a centuries-old church made of tabique. Its altar and structure was build during the Spanish period.

Be Light As A Feather – Limit the things you carry with you throughout the trip. Most of the things you might require are easily available upon arrival. Just bring basic traveling necessities and your own special personal needs.
Dress Free – Casual dress is appropriate all year round in tropical Philippine weather. It is especially ideal to wear clothing in light cotton fabric.
Be A Cub Scout – It is a good idea to use a belt bag to put your money, passport and other valuables when on the road rather than a bag for safety purposes. Also, make sure to bring photocopies of your passport and tickets just incase.
Have An Eagle Eye – Be aware of where you leave your bags and other valuables in public places. It might be safer to leave them in your hotel safe.
Don’t Be Afraid – Filipinos are very friendly and welcoming people. Don’t be afraid to smile and start conversations with them.

IMPORTANT NUMBERS TO REMEMBER FOR A WORRY FREE VACATION: