Starting immediately, postpaid and prepaid mobile customers of Globe Telecom may use c, instead of 8888, in sending promo registrations through text or SMS.  The changeover follows the company’s compliance with a government request to use 8888 as the government’s complaint hotline, which became operational last August 1 as well. The substitution is also in support of nation-building.

“As a telecommunications provider, we recognize the importance of communication for the government to effectively address loopholes in government service for the benefit of the country as a whole, thus our decision to give way to the government’s request to use 8888 as its complaint hotline,”  Globe General Counsel Atty. Froilan Castelo said.

Aside from texting 8080 for promo registrations, Globe customers may also use *143# to generate a USSD code and register to a call, text or surfing promo of their choice.
In addition to giving way for the government’s request to utilize 8888 as a government complaint hotline, Globe is also providing access to both 911, the government’s emergency hotline and 8888 beginning last August 1. Globe is also providing inbound and outbound SMS accessibility for 2286 (Bato), a SMS hotline for the public to directly report incidents to the Philippine National Police. 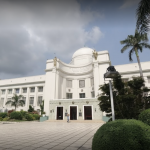