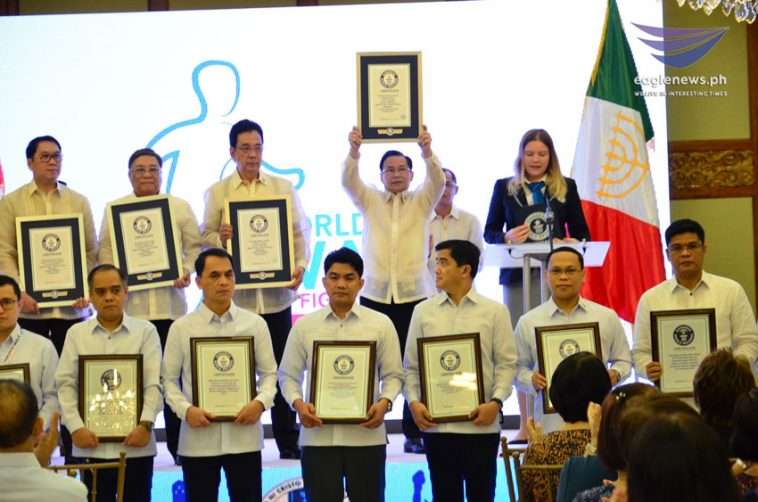 Credits to the owner

Setting Guinness World Records is not a walk in the park. But mind you, this Christian church from the Philippines which is the Iglesia Ni Cristo, keeps on reaping Global recognition for its world-class events that does not only address social issues but also gains world recognition.

To date, Iglesia Ni Cristo (INC) which started its missionary work in the Philippines on July 27, 1914 is a worldwide religious organization of more than 7000 congregations divided into 142 ecclesiastical districts spread in 143 countries and territories with a membership consisting of around 140 ethnic groups and nationalities.

Aside form these feats it its missionary work, INC is currently the title holder of more than a dozen world records.

Here are some of them;

Iglesia Ni Cristo wants to bring the discussion about Poverty in the global stage and raise awareness to the plight of very poor countries. On May 6, 2018  the global church launched an event called Worldwide Walk to Fight Poverty that aims to “miraculously and unbelievably” set a new world record in 300 sites, across 18 time zones.
On this event, here are the official records it set;

The 23,235 INC Participants forming the sentence “PROUD TO BE A MEMBER OF IGLESIA NI CRISTO” paved the way for INC to be officially the Worlds Largest Human Sentence. It broke the record set by Rotary International District 3000, Roever Group of Educational Institutions. and Perambalur New Gen of 16,550.


9,000 participants formed a large mosaic picture of the INC’s green, white and red flag with the biblical golden menorah in the middle. It broke the 4,500 people record set by Abeer Medical Group of Jeddah, Saudi Arabia in November 14, 2017.

The other three records INC is waiting as of this writing are the announcement  on their other 3 official attempts.

The recent Aid to Humanity (Lingap Sa Mamamayan) of the INC is a regular activity that they held to help Filipinos and other citizens of the world, who are in need of help. The difference of the event held on April 29, 2016 was a bit historic for the church, Philippines and Guiness World Records itself. INC is the only organization in the world who had attempted and gained 4 new world records for a single event!
Here are the outstanding world records INC has collected for the Philippines;

(4)  “largest collection of clothes for recycle/donation”

The INC members has collected and distributed more than 200,000 wearable and clean used clothes breaking the record set by Rescue Mission of Trenton, New Jersy, in the United States on November 15, 2015 for 179,550 clothes.


The members of INC gathered around 17,000 pairs of shoes to be donated on the slum area of Tondo. All of the said pairs of shoes were distributed in less than two hours.

Read also: Interesting Facts That You Should Know About Iglesia Ni Cristo

(6) “the most medical ultrasound examinations in eight hours”

(7) “the most medical risk assessment in eight hours”

(8)  the longest line of sparklers lit in relay


INC had 891 participants who joined the longest line of sparklers during its 2016 New Year Celebration countdown.

(9) “the most sparklers lit simultaneously”

1,070 participants simultaneously lighted their sparklers. the sparkler burnt out was 4 mis 52.13 seconds and was participated by young teens to elderly despite under heavy rain.

810,904 fireworks was achieved by INC at the countdown of 2016 New Years Celebrations in the Philippine Arena. The record-breaking fireworks display lasted 1 hour and 1 minute 32.35 seconds

(11) “Largest audience at a film premiere”

43,523 audiences attended the film premier of Felix Manalo. The said new record best the 28,422 attendees of the documentary called Honor Flight in 2012.

(12) “Largest attendance at a film screening”

The 43,523 audiences of the film screening of Felix Manalo also beats the previous record held by “The Chronicles of Narnia: Prince Caspian” with over 10,000 in attendance at 02 Arena, London in 2008.

(13) “most number of hunger relief packs distributed within eight hours”

Guinness World Record adjudicator Seyda Subasi Gemici thanked the INC for its “well-done, organized and professionally done record attempt,” which she said followed all the strict guidelines of Guinness.

During the centennial celebration of the INC, two new world records was achieved:

(14) Largest Mixed-use Indoor theater in the world, the Philippine Arena

With a seating capacity of 51,929, Philippine Arena — the center piece of the Ciudad De Victoria development, is the worlds largest mixed-use indor theater to date. The said venue was the centennial celebration venue of the INC.


On that same day, the number of choir members of Iglesia Ni Cristo, set a world record for the “largest gospel choir” with more than 4,745 choristers in attendance. The said title is now with the Members Church of God International with 8,688 singers.


On February 15, 2014 Iglesia Ni Cristo staged a massive walk for humanity to air the need of the Filipinos who are survivors of Typhoon Haiyan (Yolanda) which left more than 6,000 dead and 10 million Filipinos displaced. The primary goal of the walk is to bring the issue to the global stage by rallying Filipinos to a global walk. All proceeds of this will be used to help Filipinos restart their lives after the super typhoon.

The largest charity walk done within 24 hours in multiple venues

The largest charity walk in a single venue (Manila)

The historic Roxas Boulevard, Manila was a witness to more than 175.409 participants that took the 1.6 kilometer walkathon. The number is enough to topple the previously held title by Singapore with 77,500 participants in 2009.


In 2012, INC set three world records when it staged its Aid For Humanity 2012 event in Tondo, Manila as part of the church’s 98% anniversary celebration. The three world titles bestowed by Guinness are; 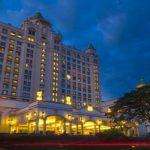