Alliance Global Group, Inc. (AGI), the investment holding company of tycoon Dr. Andrew L. Tan, is allocating more than P150-billion for this year until 2017 to finance the various expansion plans of its companies.

“We continue to be optimistic about what lies ahead.  That is why we have kept an aggressive capex plan moving forward.  In 2010 to 2015, we spent an aggregate of PHP270 billion for our expansion projects.  We will spend more than half of that amount for 2016 and 2017 alone, proving our positive outlook for our business,” says Kingson U. Sian, president, AGI.
AGI maintains its highly optimistic outlook over its long-term prospects after reporting record revenues and core profit of PHP139 billion and PHP21.6 billion, respectively, in 2015. The company continues to pursue heavy capex plans as it firms up the foundation for its future growth.  Earlier, AGI chair Dr. Andrew L. Tan told stockholders that the company’s “strong operating performance in 2015 only serves to inspire us to continue to do better to accelerate our growth trajectory and maintain our market leadership.  We have already laid out the foundation and made significant investments across all our business segments, both here and abroad, in order to future-proof our growth.”

“Our Group has really come a long way from what we were before.  Five years ago, our real estate arm, Megaworld Corporation, covered only five townships, all in Metro Manila.  Now, we have 21 townships throughout the country, of which 12 are in key growth areas in the provinces,” explains Sian.
Megaworld continues to lead in township development and is also the biggest developer and landlord of offices for the country’s BPO industry. The company plans to continue expanding its office and commercial properties nationwide to keep itself at the crest of the wave of growth cities all over the Philippines.
“Moreover, only three years ago, Emperador, Inc. was a pure Philippine liquor operation where it maintains market leadership.  Now, it has become a global player in the spirits sector with access to about 100 markets around the world.  This followed our acquisition of Whyte and Mackay, and more recently, Fundador and the other Spanish assets,” adds Sian.

Capitalizing on its expanded global footprint, Emperador Brandy is now being exported to 40 countries in Asia, North America, Europe, Africa and the Middle East, reinforcing its position as the world’s No. 1 brandy product in terms of volume.
AGI is also on-track in its expansion program in the tourism sector with the objective of bringing its group-wide hotel room capacity to 12,000 keys by 2020 from the current 3,000 room keys.  The additional capacity will be coming mainly from its tourism-entertainment and gaming unit Travellers International Hotel Group, Inc. and Global-Estate Resorts, Inc. (GERI), a Megaworld subsidiary.  Travellers is in the midst of its massive expansion projects in Resorts World Manila.
Meanwhile, GERI is undertaking two major tourism estate development projects in highly popular destinations: Boracay Newcoast in Boracay Island, Aklan; and Twin Lakes in Metro Tagaytay.
Even its quick service restaurant business through Golden Arches Development Corporation (GADC) is spending heavily to increase its number of McDonald’s stores nationwide to ride on the overall improvement in consumer demand.  GADC is poised to hit its 500th store this year and is looking to grow the number to 900 stores moving forward.
“Our continued investments have given our Group a competitive edge that is difficult to match.  With all the pieces already in place, we believe that we have set the stage for a strong long-term growth,” said Mr. Sian. 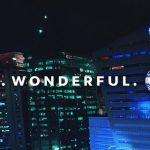