AirAsia today formally announced it will operate direct flights from Cebu to Taipei starting November 25with promo fares from as low as P888 now available on sale!

Philippines AirAsia CEO Captain Dexter Comendador said, “We are delighted and excited to paint Cebu skies red with our latest direct flight to Taipei. The addition of Cebu-Taipei enables us to further strengthen our hub in Cebu.”
Besides Taipei, AirAsia announced earlier that it will also increase flights between Cebu and Kuala Lumpur from three to four times weekly effective 29 October on top of its current flights to South Korea.

Officials from Depart of Tourism led by Usec. Erwin Balane, Mactan Cebu International Airport (MCIA) and Taiwan Economic Cultural Office (TECO) expressed their support and congratulated AirAsia at the formal launch held in Vikings, SM Cebu.
To celebrate the launch of the Taipei flights, AirAsia is offering promotional fares on airasia.com from as low as P888 for Cebu-Taipeiwith travel period between 25 November 2016 and 25 March 2017. Promotional fares are up for grabs from today until 23 Octoberonly.
Taiwan has eased its visa rules for Filipinos, along with citizens of Cambodia, Indonesia, Laos, Myanmar, Vietnam and India.
In a statement released by the Taiwan Economic Cultural Office (TECO), passport holders from the Philippines, Cambodia, India, Indonesia, Laos, Myanmar and Vietnam who are permanent residents of Australia, Canada, Japan, South Korea, New Zealand, Schengen Agreement signatories, the United Kingdom, or the United States, or hold a visa or a resident card from one of these countries that is either valid or expired within 10 years from the date of expected arrival in Taiwan, will now be eligible to apply online for a Taiwan travel authorization certificate, free of charge.

Comendador added, “Cebu offers wonderful opportunities for Taiwanese businessmen and we are here to provide the much-needed connectivity with our signature low fares and world-class service to enable more and more people to engage in business, trade and commerce aside from tourism.”
The AirAsia Group also offers direct flights to Taipei from Kuala Lumpur and Kota Kinabalu. Aside from Taipei – Cebu, Philippines AirAsia will also start servicing daily flights to Taipei from Manila on 21 November.
Flight Schedule for Cebu (CEB) – Taipei (TPE)

About Taipei:
Guests who take advantage of AirAsia’s promotional fares to Taipei can make a trip to some of the following iconic attractions and enjoy charmingly warm local hospitality. 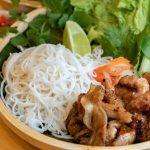