Alliance Global Group, Inc. (AGI), the investment holding company of tycoon Dr. Andrew L. Tan, recorded net income of P17.3 billion in the first nine months of the year, reflecting a growth of 7% year-on-year.  This came on the back of cost efficiencies across all business segments, allowing for better operating margins as consolidated revenues rose 2% to P101.6 billion. Net income attributable to common shareholders stood at P11.0 billion, up 4% from its level a year ago.

In the third quarter, AGI’s net income swelled by 26% to P6.0 billion, its strongest quarterly performance since the second quarter of 2013.  Consolidated revenues amounted to P34.5 billion, underpinned by the sustained growth in rentals, increasing contribution from its overseas liquor business, healthy sales from its quick service restaurants and a recovery in gaming revenues.

“We have been deliberate in the execution of our growth strategies for each of our key businesses, bearing in mind the changing competitive landscape in the various sectors we are in,” according to AGI’s president Mr. Kingson U. Sian. ”Megaworld’s aggressive thrust to grow its investment properties is now paying off as this has resulted in an increased recurring income stream which has insulated the company from the vagaries of the property cycle.  Travellers’ expanded amenities at Resorts World Manila continued to make it a popular integrated resorts destination despite intensifying competition in the gaming sector.  In the case of the McDonald’s operations of Golden Arches, its store expansion program further enhanced its cost management, significantly boosting its bottomline performance.  Meanwhile, Emperador’s global strategy has provided it with another leg of growth as it expands its international presence.  The company now has an unrivaled portfolio of quality and well-known foreign and local brandy and whisky products, paving the way for its premiumization strategy in the domestic liquor industry, says Mr. Sian.”
Megaworld, the country’s premier developer of integrated urban townships, posted a healthy 11% year-on-year growth in net income to P9.3 billion for the first three quarters of the year, helped by an improvement in operating margins.  Consolidated revenues rose 5% to P35.3 billion, underpinned by a sustained 15% increase in office and commercial rental income.  The company is expected to bring its office gross leasable area to about 851,000 sqm by the end of the year, reaffirming its position as the country’s largest lessor of office spaces.

Emperador, now a global player in the liquor industry and the world’s largest brandy company, recorded a net income of P4.9 billion in the first nine months of the year, up 5% year-on-year, traced to operating efficiencies.  Consolidated revenues amounted to P27.9 billion as the group benefitted from the increased access to international markets provided by its new acquisitions.  Of total revenues, the brandy business through Emperador and Fundador accounted for P20.2 billion, while the balance of P7.7 billion was contributed by its whisky business through Whyte and Mackay.
Travellers reported a 5% year-on-year increase in nine-month profit to P3 billion on gross revenues of P20.8 billion and EBITDA of P4.9 billion.  Gross gaming revenues in the third quarter grew strongly by 14% to P6.2 billion, helped by overall volume growth and an improvement in hold rate.  This brought its EBITDA for the same quarter 35% higher to P1.9 billion, thereby boosting its net income by 154% to P1.2 billion.  Meanwhile, non-gaming revenues from its hotel operations, F&B, shopping mall and other income grew 11% in the nine-month period.  Its Marriott West Wing will become operational within the year, adding another 228 rooms to its current room count of 1,226 coming from Maxims Hotel, Remington Hotel, and Marriott Hotel Manila. “This should make Resorts World Manila the largest hotel owner amongst the country’s integrated resorts and underscores the Group’s firm commitment to help develop the tourism industry,” says Mr. Sian.
Golden Arches, which holds the exclusive franchise to operate restaurants in the Philippines under the “McDonald’s” brand, reported a robust 57% year-on-year increase in net income to P819 million in the first three quarters of the year.  The strong growth in profit was driven by the 11% jump in sales revenues to P16.4 billion as systemwide same-store-sales grew by 8% year-on-year. This was helped along by the expansion in GADC’s operating stores which reached the 500 milestone in the third quarter, rising from 468 stores a year ago.
“AGI is operationally leveraged to take advantage of any improvement in market conditions.  We look forward to the seasonal uptick in sales on the back of the coming holiday spending which to help boost our profitability,” added Mr. Sian. 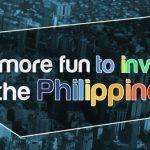