Finalists of the 2017 Search for Young Sugbuanon Exemplary and Action-Driven Leaders  (YOUSEAL) Awards with the panel of judges during the interview round held on February 17. The winners will be announced on February 24.

The finalists in the college category are: Bret Alfonso Balbuena and Shannen Keisha Tan (University of San Carlos), Eve Gayle Garcia and John Joseph de la Corta (Cebu Institute of Technology-University) and Janvarica Acop (Cebu Normal University).
The finalists in the youth organizations category are: Abellana National Rescuers Group, University of San Carlos Pathways, Cebu Institute of Technology-University Industrial Engineering Council and Kalunasan Youth Federation.
This year’s panel of judges were composed of representatives from government agencies, former awardees of Cebu City youth programs and former consultants and Sangguniang Kabataan leaders. Multi-awarded youth leader and journalist Cris Evert Lato-Ruffolo served as the chairperson of the board of judges. She also served in the screening committee of the search prior to the panel interview.
Cebu City Youth Affairs Office head and YOUSEAL program director Jess Dela Cruz said three awardees, one from each category, will be announced on February 24 during the 80th Cebu City Charter Day Ceremony at Plaza Sugbo.
All finalists will receive plaques while the awardees will each receive P10,000 cash prize and plaques.

“YOUSEAL will not only stop at giving awards. There is a follow-up activity to this awards ceremony. We will build a community of youth leaders in Cebu who will serve as our pool of experts and talents as we move forward to create more meaningful projects for the youth of Cebu,” said Dela Cruz. 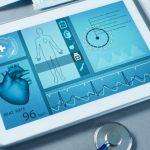