Smart Communications is sustaining the deployment of its mobile health platform in the Province of Cebu and other parts of the country so more Filipinos from underserved barangays can avail of quality healthcare.

Smart’s Secured Health Innovation Network Exchange (Open Source) or SHINE OS+ is an electronic medical record that runs on an open source platform, allowing developers to design modules and plugins to customize it based on the needs of target communities.

Since 2015, Smart has been able to digitize close to 150,000 patient records from 26 rural health units (RHUs) in Cebu alone.  With SHINE OS+, public health service delivery has become more efficient to the residents, especially those from underserved areas.

With last year’s upgrade to the open source platform, current and new users of SHINE OS+ had to undergo training on its new functionalities, and how to encode a health record. Responsible data keeping among the health workers is also being underscored in keeping with the Data Privacy Act of 2012.

“We have been optimizing the use of technology to make lives better for more Filipinos. SHINE OS+ will help make quality healthcare accessible to underserved, and isolated areas. Also as important, it will make it easier for our health workers to do their jobs and deliver quality healthcare,” said Ramon R. Isberto, head of Public Affairs at Smart.The Ateneo Java Wireless Competency Center, which developed the SHINE OS+, also developed SHINE OS+ Mobile to make the platform and its functionalities accessible to health professionals anytime, anywhere; and MySHINE, which was designed as a companion app for patients whose healthcare records are stored in the network.

“We have tapped Ateneo to develop not only the open source platform but also SHINE OS+ Mobile and MySHINE in line with our vision to digitize healthcare down to the patient level. By allowing the public to customize the platform to address the specific need of the end-user, we make SHINE OS+ more relevant to a community,” said Atty. Maria Jane C. Paredes, head of Public Affairs VisMin.

The mobile health platform has also been rolled out in 7 RHUs in Iloilo, 2 in Davao, and one each for Aklan, Bohol, Kalibo, Muntinlupa, and Rizal. Negotiations are ongoing with local government units to further propagate this technology enabler for health.

More From: HEALTH and WELLNESS 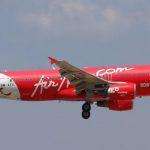