Advancements in technology have opened doors for enterprises to rely heavily on the internet. These days, it is hard to think of a business that is not present online. But with almost everyone having access to the Internet, risks of being breached are at an all-time high. Cyber intrusions, like Distributed Denial of Service (DDoS), are becoming bigger and stealthier by the minute.

According to Hackmageddon’s annual report, DDoS ranks fourth in the most common method used for an online security threat. Businesses that lack resources to detect online threats could actually mistake it for a lagging Internet connection. During a DDoS breach, a server is bombarded with traffic and is tricked into ignoring legitimate requests, resulting to a consumed bandwidth or, worse, an impaired server.
A DDoS attack not only affects bandwidth performance but it can also disrupt servers, routers, and even firewalls. To create a volumetric DDoS assault, attackers make use of infected computers that link to and harm other computers. This network of compromised hosts is called a “botnet”—a number of different Internet devices, which are controlled to transmit malware.
The scary thing about botnets is that, in most cases, users have no idea that their computers are being remotely used by DDoS attackers. In fact, a high profile case involving the largest DDoS attack in the US and Europe was publicized just last year. The so-called “Mirai botnet”—consisting of around a 100,000 infected devices—assaulted the servers of a DNS service provider, affecting the online operations of popular websites, like Twitter, Netflix, CNN, and many more. This case was not the only casualty of a DDoS attack in 2016. Many other reports involving breaches on government sites and major banks are making people doubt the security of online networks and devices.
Even after servers have recovered, victims are often left unanswered as to why a breach took place. The usual reasons behind an attack are financial extortion, ideological activism, or plainly an act of fun. Regardless of the motive, DDoS is often used as a form of distraction from other malicious activities which makes it a high-risk threat to look out for. Even without an extortion threat, a DDoS attack could cost businesses a huge sum. In fact, downtime cost is valued at PHP25,000 per minute and could charge a company more than millions. This includes payment for mitigation tools, halted operations, customer churn, and, not to mention, a damaged brand reputation.
Hackmageddon reports that incidents concerning DDoS attacks rose to 11.3% last year from 9.7% in 2015. Unfortunately, it’s impossible to completely keep a breach from happening, as attackers are meticulously educating themselves on security measures in order to come up with more complex ways to go unnoticed. However, it is possible to mitigate emerging and current breaches by using the right detection tools and partnering with a service provider to acquire the best Internet security services.
Businesses can combat heavy server traffic with the help of Globe Business’ Anti-DDoS—a web security solution that mitigates volumetric DDoS attacks in real-time. This subscription service enables enterprises to get reliable Internet connectivity by filtering server traffic at carrier level before it reaches its final destination.
“As technology aggressively transforms, threats also become less apparent yet more vicious. Security never ends after an attack. Businesses need to be proactive in combatting threats not only to protect their data, but also to make customers feel safe. This is why we aim to assist enterprises in providing client protection by offering cutting-edge online security solutions,” adds Mike Frausing, Senior Advisor of Globe Business

The Globe Business Anti-DDoS service provides organizations with high throughput mitigation capability through “scrubbing centers” manned by DoS experts to effectively mitigate attacks. These services work by rerouting inbound traffic to one or more scrubbing centers for cleaning and then delivering the filtered traffic to its final destination. This ensures that businesses only get clean traffic and the bandwidth that they are subscribed to.
To know more about Anti-DDoS and other Managed Security Solutions from Globe Business, visit http://business.globe.com.ph/solutions/managed-security-services or contact your Globe Business Account Manager. 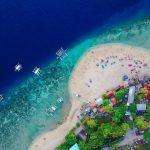